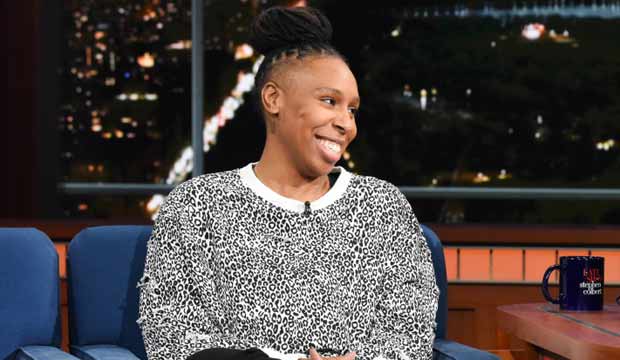 MTV has announced that Lena Waithe will receive the honorary Trailblazer Award at the 2018 MTV Movie and TV Awards, which will be presented on Monday, June 18. The Trailblazer Award recognizes an individual who has made game-changing contributions to the entertainment industry. It was previously awarded to Emma Stone (2012), Emma Watson (2013), Channing Tatum (2014) and Shailene Woodley (2015).

MTV general manager Amy Doyle said in a statement, “Lena is shaking up Hollywood and breaking cultural boundaries through her innovative and authentic storytelling. Her unwavering passion for equality and inclusion make her the perfect recipient for this year’s Trailblazer Award.”

Waithe made history in 2017 when she won Best Comedy Writing at the Emmys for her work on the “Master of None” episode “Thanksgiving.” She was the first black woman ever to win that category in the history of those awards. She also created, produces and writes the Showtime drama series “The Chi,” about the interconnected lives of people living in Chicago’s South Side. It aired its first season earlier this year and has been renewed for a second season. And TBS has picked up her pilot for “Twenties,” which is loosely based on her experiences living in Los Angeles.

She also recently co-starred in Steven Spielberg‘s sci-fi blockbuster “Ready Player One,” for which she’s nominated for an MTV Movie and TV Award this year for Best On-Screen Team alongside Tye Sheridan, Olivia Cooke, Philip Zhao and Win Morisaki. On top of that she had guest roles in “This is Us” and “Dear White People.”

What do you think of the choice of Waithe for the Trailblazer Award?