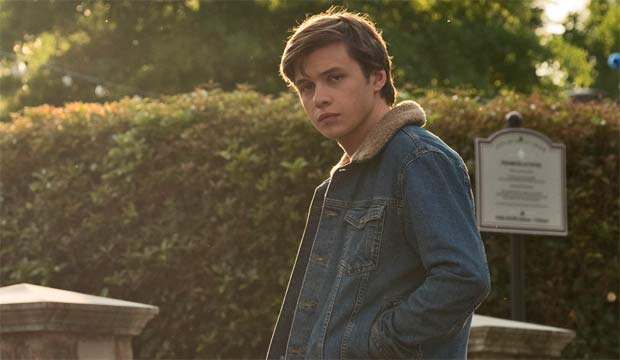 LGBT movies have done pretty well in recent Oscars ceremonies. “Call Me By Your Name” scored big last year, “Moonlight” infamously won Best Picture the year before that (becoming the first LGBT film to do so) and “Carol,” “The Danish Girl,” “The Imitation Game” and “Dallas Buyers” Club all found some Oscar love in recent years, too. But this year features a different kind of LGBT movie – “Love, Simon.” Could Greg Berlanti‘s film be this year’s big LGBT Oscars hit? This writer certainly thinks so, and details five reasons why “Love, Simon” deserves to be a Best Picture nominee.

Groundbreaking
While a lot of LGBT films are called ‘groundbreaking’ for various reasons, this one genuinely is. It’s the first studio-released, mainstream film to a) feature a gay lead character and b) be a romantic-comedy about a gay love story. People may prefer the more indie “Call Me By Your Name” and “Moonlight” but this movie is groundbreaking because it’s so mainstream. And that shouldn’t be sneered at. It’s a classic studio love story that just happens to be a gay love story. All film studios seem to believe LGBT stories are risks so for the producers behind “A Fault in Our Stars” to go ahead with this film and give it a wide release and tons of marketing is a film first.

Strong reviews
All Oscar hopefuls need the backing of critics. Thankfully, “Love, Simon” has that in abundance. It’s Rotten Tomatoes score is 93% – that’s the same as “Dallas Buyers Club,” higher than “The Imitation Game” (91%) and is around the same as “Call My By Your Name” – 95%. Critics love this film as much as audiences do – much like critics and audiences both loved “Get Out” last year, it seems.

Deadline Hollywood’s Pete Hammond enthused that audiences “are guaranteed to fall in love with this sweet, funny coming-of-age film,” while Peter Debruge of Variety called it “groundbreaking on so many levels.” Molly Freeman of Screen Rant declares that “Love, Simon is a funny, heartfelt, and truly touching teen romantic comedy that instantly becomes a modern classic for today’s generation.” And Glenn Kenny of the New York Times champions the cast, in particular: “the spectacularly charming cast, led by the young Nick Robinson in the title role (who brings a knowing touch of 1980s Matthew Broderick to some of his line readings), puts it all across, including a genuinely crowd-pleasing ending.”

Socially important
This film is important not only for the aforementioned groundbreaking aspects with regard to Hollywood but because of its message. “Everyone deserves a love story” is the film’s tagline and it commits to that. “Love, Simon” sends a clear message to the world that this should the be the norm – and films like this will help to do that. It was an incredibly moving and validating experience watching this film – I haven’t been so moved or affected by a movie in a long time. Did anyone else cry at six different points during the film? Asking for a friend.

So many kids wondering about themselves and going through their own struggles are now able to see a mainstream movie about someone similar to them, going through the same struggles they are. That is going to make their own journey of self-acceptance a lot easier and I’ve heard a lot of fellow members of the LGBT community wish that this movie came out when they were first realizing stuff about themselves. Films like these will help to break down the fear of coming out and the stigmas around being gay.

Great film in its own right
Aside from it’s obvious importance and admirable feats, “Love, Simon” is just a really good film. It begs for repeat viewings, has you routing for it’s protagonist immediately, takes you on a series of plots twists and gear changes you can’t guess and is packed full of humour, emotion and nuggets of brilliance. The scene between Nick Robinson’s Simon and Jennifer Garner, who plays his mother, is understated, beautifully-written and acted and really quite transcendent. Garner is a highlight of the film, while Robinson carries the emotional weight of Simon with understated emotion and understanding.

Chalamet deservedly earned an Oscar nomination for his performance as Elio in “Call Me By Your Name.” Robinson gives an equally deserving and nuanced-performance here. It just so happens he’s in a mainstream movie (not that it should matter but, of course, it does in terms of Oscar hopes). The diverse supporting cast are all also on top form, while the tone and pacing of the film are well-judged and well-executed. Overall, it’s a very enjoyable, feel-good, coming-of-age movie with plenty of emotional wallop – much in the same way “Lady Bird” was, too.

Ticks all the boxes
An Oscar vehicle has just got to tick a few vital boxes if it hopes to check out of the Dolby Theatre with an Academy Award in hand. This film certainly does that – it’s diverse, it’s important and it’s well crafted across all areas of filmmaking. It’s script (written by Elizabeth Berger and Isaac Aptaker), adapted from Becky Albertalli‘s debut novel (“Simon vs. the Homo Sapiens Agenda”), is sharp and insightful, it’s performances are emotional and funny, it’s directing is perfectly handled (reminiscent of John Hughes‘ films) and it’s editing is kinetic and keeps the pace and tone balanced. Perhaps I am biased, but everyone in this film knocks it out of the park.

'WandaVision' sweeps at MTV Movie and TV Awards, while 'To All the Boys' and Chadwick Boseman take top…