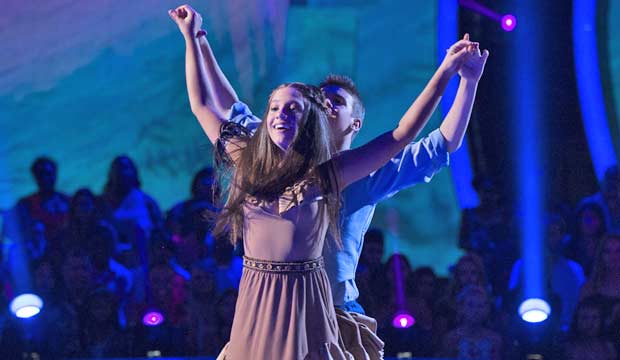 It was a tie when the “Dancing with the Stars: Juniors” judges rated the kids’ performances on Disney Night, but it wasn’t even close when we polled our readers to ask who had the best dance: Mackenzie Ziegler won that in a landslide. However, not everyone thought she merited such high praise. Some fans think it’s unfair for her to be on the show at all given her past dance experience. Scroll down to see our complete poll results below.

Ziegler is a singer, but she’s best known as a former reality TV star from “Dance Moms.” She has been trained in jazz and contemporary dance styles, so it was right in her wheelhouse when she performed a contemporary routine to “Colors of the Wind” from “Pocahontas.” Judge Adam Rippon said he got chills from her performance. Val Chmerkovskiy called it “breathtaking.” And Mandy Moore, who specializes in contemporary and jazz choreography, thought it was just right. So did a whopping 41% of our poll respondents, who said she was the class of the field.

Ziegler scored straight 9s for a total of 27 out of 30, which tied her with “Black-ish” star Miles Brown as the night’s best, but Ziegler had more than twice as much support than Brown (17%) in our poll. But a few readers beg to differ. Jean commented, “She shouldn’t be on the show at all as she is a professional.” Joanne added, “Any kid who has been in dance competitions for years shouldn’t be on this show.” Mia argues that it’s “definitely unfair, but I don’t think she should be blamed for being on the show. I think that people should shift their blame to the ‘DWTS’ producers instead of hating on a young teen.”

What did you think of Ziegler’s scores and her prior dance experience? Check out our poll results below, and predict who will win the “Juniors” Mirror Ball Trophy here in our predictions center. 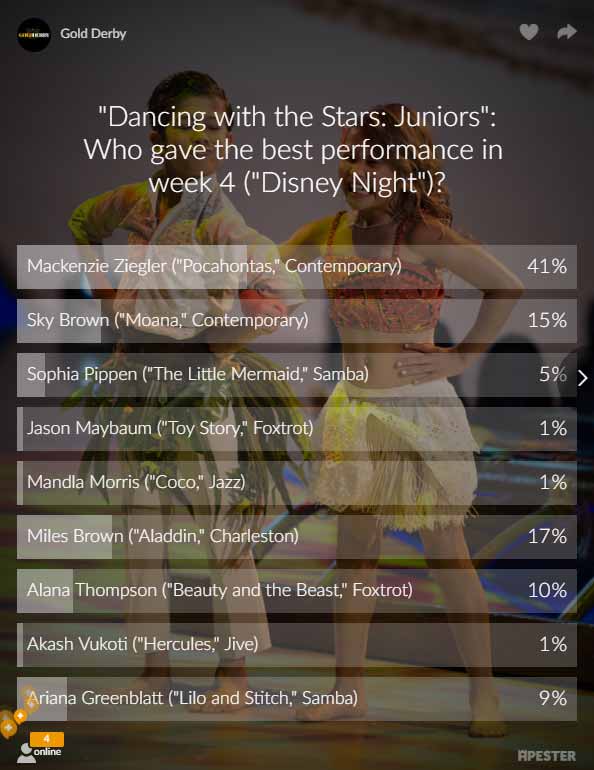