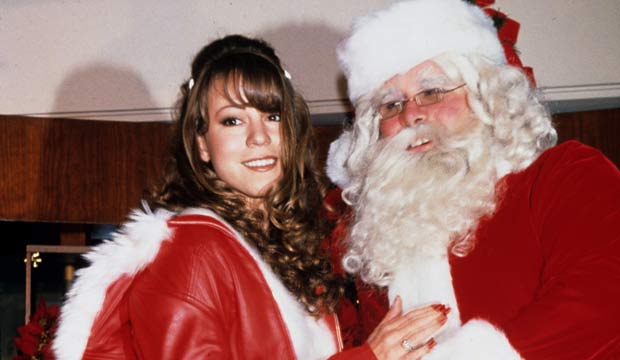 Unless you’ve been living under a rock this holiday season, you’ve probably heard Mariah Carey‘s “All I Want for Christmas” at least once since Thanksgiving — on the radio, at the mall, seeping into your dreams perhaps. That surge of airplay for the holiday hit is translating to the Billboard Hot 100. On the latest chart dated December 22, it has risen to number-six, which is higher than it has ever been in the 24 years since its release. Can it go all the way to number-one over this next week leading up to Christmas?

“All I Want for Christmas” is nearly a quarter-century old, but it’s the most recent Christmas song that has become a genuine standard. Try as they might, pop stars since then haven’t managed to produce a Christmas tune with as much staying power. Now Carey’s song is the highest-charting holiday song in 60 years, since David Seville and The Chipmunks hit number-one with “The Chipmunk Song” way back in 1958.

Can Carey go to number-one too? The song’s popularity might be at its peak in this last week before Christmas next Tuesday. If it does reach the summit it would be her 19th number-one hit, extending her record for the most chart-toppers by a solo artist and bringing her close to the all-time record of 20 number-ones achieved by The Beatles. But Carey hasn’t reached the top in 10 years. Her last number-one hit was “Touch My Body” in 2008.

For Carey to go all the way she’ll need a big surge to get her past Ariana Grande, who finally topped the chart for the very first time with “Thank U, Next” and has spent five nonconsecutive weeks there. Carey’s career has undoubtedly influenced Grande and other young women with big voices who have followed in her footsteps over the years. Perhaps Carey can still show them how it’s done.