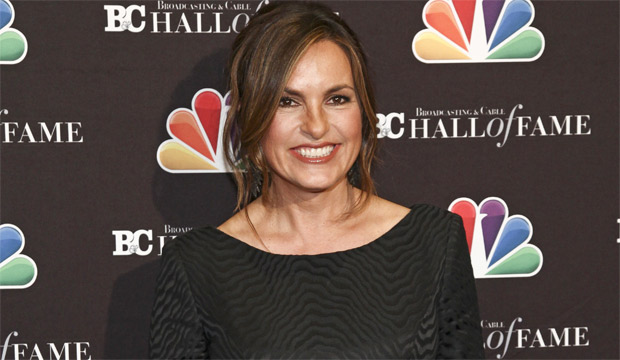 “I think that for so long survivors have been living in a culture of shame and isolation,” reveals “Law & Order: SVU” cast member Mariska Hargitay in a new interview. After playing sex crimes investigator Olivia Benson for so many years, Hargitay tells “The Daily Show” host Trevor Noah that fans now feel comfortable sharing their own stories of sexual abuse with her. “I think that this fictionalized character maybe was the first person that showed empathy and compassion, and they knew that Olivia was always for the victim first and felt safe there. Hopefully now that is indeed changing.”

Hargitay continues on, “When I started the show, I’d come off ‘E.R.’ and so when you’re getting normal fan mail you get, ‘Hi, I love your show, can I get an autographed photo?’ All of a sudden [with] ‘SVU’ I started getting a very different kind of fan letter, with victims actually disclosing their stories of abuse, and many for the first time.”

Since Hargitay has been portraying Olivia on the NBC drama for 19 seasons now, she readily admits that she sometimes “gets confused about what my real job is.” She laughs, “There have been times in my life where I’ve seen something on the street and I jump in like, ‘Hey! Put that down!’ I’ve done it so many times I’m like, ‘Mariska, you need to calm down.'”

SEE 2018 Emmys: Which drama will have the most nominations? ‘Game of Thrones,’ ‘Westworld,’ ‘Stranger Things’ … [POLL]

Her current passion project is “I Am Evidence,” an HBO documentary chronicling the struggle of abuse victims whose attackers often go unpunished because of untested rape kits. Last year the actress directed the 400th episode of “Law & Order: Special Victims Unit.” Showing no signs of slowing down, the drama’s recent April 11 installment was episode number 428.

Hargitay won Best Drama Actress at the 2006 Emmys against competitors Frances Conroy (“Six Feet Under”), Geena Davis (“Commander in Chief”), Allison Janney (“The West Wing”) and Kyra Sedgwick (“The Closer”). In all, Hargitay earned eight bids in this category between 2004 and 2011, putting her behind only Angela Lansbury (“Murder, She Wrote”) who holds the record of 12 nominations as Best Drama Actress.