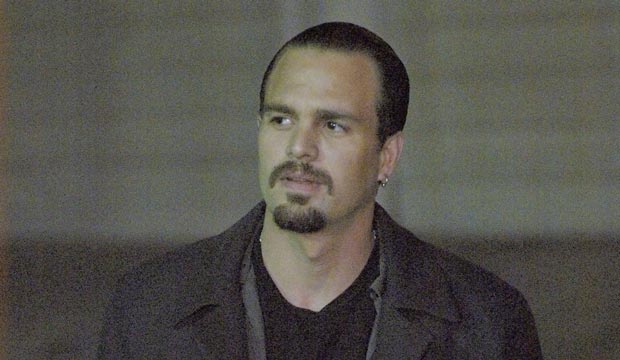 Although highly regarded as a theater star — he earned a Tony nomination in 2006 for “Awake and Sing!” and just returned to Broadway last season in “The Price” — Mark Ruffalo is for most people a bona fide movie star. For his film performances, he has been nominated for three Oscars (“The Kids Are All Rright,” “Foxcatcher,” “Spotlight”), two Golden Globes and four Screen Actors Guild Awards, winning one as part of the ensemble cast of “Spotlight” in 2015.

These days, however, Ruffalo’s greatest fame is largely thanks to his being part of the Marvel universe, having taken over the roles of Dr. Bruce Banner and The Hulk in 2012’s “Marvel’s The Avengers.” After a cameo performance in 2013’s “Iron Man 3,” Ruffalo’s Hulk also appeared in “Avengers: Age of Ultron” in 2015, “Thor: Ragnarok” in 2017 and is now in theaters in “Avengers: Infinity War.”

Ruffalo has fashioned a remarkable career appearing in Arthur Miller plays, Kenneth Lonergan films and Marvel superhero movies (he’s nothing if not versatile). Let’s tour a photo gallery above of his 12 best movie performances, ranked from worst to best, of this esteemed actor.

12. COLLATERAL (2004)
If Ruffalo hadn’t gone into acting, he’d have made a great cop (at least he has that look). In Michael Mann‘s terrific L.A.-based thriller, Ruffalo plays narcotics Detective Ray Fanning who finds the links among the victims that hitman Vincent (Tom Cruise) has left behind.

11. ETERNAL SUNSHINE OF THE SPOTLESS MIND (2004)
Ruffalo again takes a small role to be a part of Charlie Kaufman‘s Oscar-winning story of a couple (Jim Carrey and Kate Winslet) who have erased each other from their memories and once again wind up dating each other.  Ruffalo plays a key role in the film’s subplot as a mind-erasing technician.

9. The MARVEL Series (2012, 2013, 2015, 2017, 2018)
The selection of Ruffalo to play Bruce Banner and The Hulk raised a few eyebrows in the film community. Ruffalo’s distinguished career as a actor would seem to be at odds for a role that has never seemed to have required serious acting initially seemed curious. However, he brought an unexpected gravitas to a comic book series.

8. SHUTTER ISLAND (2010)
Martin Scorsese’s twisted thriller, is set in a psychiatric facility which is being investigated by U.S. marshals including Teddy Daniels (Leonardo DiCaprio) and his partner Chuck Aule (Ruffalo). Teddy, who suffers from severe migraines, becomes convinced that no one in the facility is whom they appear to be and suspects that it may be true about Aule as well.

7. BEGIN AGAIN (2013)
In John Carney‘s musical follow-up to his Oscar-winning “Once,” Ruffalo plays a caffeine and nicotine-driven record executive who, down on his luck, meets promising singer/songwriter Gretta James (Keira Knightley).

3. THE KIDS ARE ALL RIGHT (2010)
Obstetrician Nic (Annette Bening) and landscape designer Jules (Julianne Moore) are married and has each borne a child using the same sperm donor. Now that the kids are teenagers, they become curious about their father, who turns out to be Paul (Ruffalo), a biker who becomes part of the family’s life which results in serious consequences.

2. YOU CAN COUNT ON ME (2000)
Ruffalo made his first big splash as a leading man in Lonergan’s film as Terry, a drifter who travels back to his hometown in the Catskills to reunite with his sister Sammy (Laura Linney) and her son Rudy (Rory Culkin) who are happy to see him. As he has throughout his entire life, Terry gets in and out of trouble, upending the family’s stability.

1. SPOTLIGHT (2015)
Ruffalo portrays Pulitzer Prize-winning reporter Michael Rezendes, who was part of The Spotlight Team, a group of journalists at The Boston Globe determined to get to the bottom of charges that Roman Catholic priests molested children and that the Boston Archdiocese covered it up. Ruffalo’s performance was a key part of the success of the 2015 Oscar-winning Best Picture.