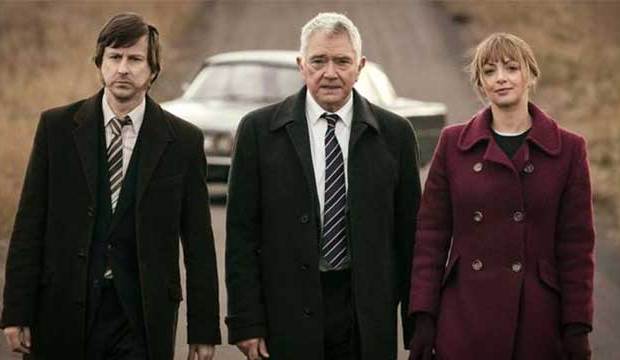 Martin Shaw, who has headlined some of the most popular English dramas of the last half century, says he has the role of his career in “George Gently” as the title character, a police detective who struggles to find his footing after his wife is killed. The long-running British series is finally eligible for the Emmys thanks to the participation of the streaming service Acorn TV.

Back in 2007, Shaw had his pick of projects and was drawn to this loose adaptation of the Alan Hunter crime novels by the creative forces behind the scenes. “Peter Flannery has such a wonderful reputation. He’d won awards for ‘Our Friends in the North.’ His name first and foremost made me drive to London to meet. I read the first script and thought it was sensational.”

While the first 23 telefilms were set in the swinging 60s, the last two see Gently and company adjusting to life in the 1970s. The last installment in the series, “George Gently and the New Age,” is contending for Best TV Movie at the 2018 Emmys. This finale brings Shaw’s character full circle as he inches closer to solving the death of his wife. As the actor explains, it was this tragedy that was the catalyst for his character leaving London in 1964 and joining the North East police force. “There is this huge difference in language and attitude” that forms an ongoing conflict.

A large part of the appeal of this series was the interplay between Gently and his junior detective John Bacchus (Lee Ingleby).”It was blindingly obvious from the first seconds of his audition that Lee was the one we had to have.” The two actors had an easy-going camaraderie from the start and Shaw was delighted that the relationship evolved into that of father and surrogate son both on and off-screen.

SEE Emmys spotlight: ‘Detectorists’ is a comedy treasure from Acorn TV that deserves to be found

The recent addition to the cast of Lisa McGrillis as Rachel Coles, a young policewoman that the older detective takes under his wing, allowed Shaw to show a softer side to the character. One of the hallmarks of the series has been that Gently has adapted to the changing times. He encourages Lisa to pursue a career in policing and plays peacemaker between her and John as they jockey for his attention. “The atmosphere on the set was very much like that of a family and we were incredibly blessed.”

Throughout the series, Shaw has shown his renowned versatility, able to shift from the most dramatic of scenes to those where Gently makes merry with the hapless PC Taylor (Simon Hubbard). That the actor displays such deft comic timing in those latter moments is a reminder of one of his great stage triumphs, Oscar Wilde‘s “The Ideal Husband.” Shaw earned a Tony Awards nomination for his one foray to Broadway in this comedy of manners back in 1997.

More recently, he managed the near impossible and stole scenes from Dames Judi Dench and Eileen Atkins in the Emmy-winning period piece “Cranford.” He worked on that acclaimed period piece just before filming the first of the “George Gently” films. A decade on, he was ready to say good-bye to the role, much to the disappointment of the fans, who include some of the leading TV critics on both sides of the pond. “It was clear to me that we should go out on a high. We knew it had to come to a natural end. We didn’t want it to hang on and on. I don’t think that Gently should retire but should go out in a blaze.”