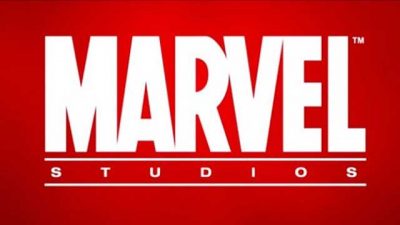 Movie franchises are now a staple of the film industry. Blockbusters and sequels are scheduled well in advance, spawning storylines lasting three or four films with characters to follow through several adventures. Some are self-contained like “Indiana Jones” while others are narratively linked such as “Harry Potter” and “The Lord of the Rings.”

There are some great franchises, like those I’ve just mentioned, and there are some not-so-great ones. *Cough* “Transformers” *Cough.* But, with the release and success of “Infinity War,” this writer believes the MCU has cemented its place as the best film franchise to have ever graced our screens. And here are six reasons why:

Every character is important
The best franchises make every single character, no matter how small or large, feel important. They ensure they have their own distinct personality and will be remembered along with the story’s main characters. “The Lord of the Rings” and “Pirates of the Caribbean” did these particularly well, with each orc, urak-hei and pirate crew member remaining distinctive and unique. Who can forget Grishnakh, the orc who chased Merry and Pippin in “The Two Towers” or Maccus the hammer-head shark pirate in Davy Jones’ crew?

Okay, you may not remember the names, but you will remember the characters. The MCU does this extremely well but with one difference – all of their characters actually ARE important. The wealth of major characters is obviously a strength of the MCU but all minor characters not only are distinctive and interesting themselves, they also play a part in the scene they’re involved in. How The Other in “Avengers Assemble” or Korath (Djimon Hounsou) in “Guardians?”

The interconnectivity of each film is unique
“The Lord of the Rings” connects to “The Hobbit” trilogy and the “Harry Potter” series will connect to the “Fantastic Beasts” series. So on and so forth. They have little easter-eggs calling back to a previous moment and various characters will pop up in other. But what franchise enables so many different characters to appear in so many different stories with coherency, purpose, humour and, sometimes, crucial storytelling effect.

Hawkeye appeared in “Thor” before the Avengers, Nick Fury was the character that brought all the Avengers together, thus appearing in each of their films, The Collector plays a key role in the infinity stones in several movies. Storylines are also woven into different films, with some movies showing a different side to key events. “Spider-Man: Homecoming” shows more of the “Civil War” background and fall out, as well as throwing back to “Avengers Assemble” to establish Vulture’s origin story.

Red Skull is brought back in “Infinity War,” harping back to “Captain America: First Avenger” and Doctor Strange sets up “Thor: Ragnarok” in its end credits sequence. There are so many of these examples which work to sow together a mighty 19 different films each with varying storylines and purposes.

Different styles of filmmaking
“The Lord of the Rings,” “Indiana Jones” and “The Dark Knight” trilogy all have coherent, focused styles and tones which flow into one another – this is thanks to the same director (Peter Jackson, Steven Spielberg and Christopher Nolan, respectively) helming all of the films in the franchise.

Other franchises, however, like the X-Men universe and the Harry Potter films, lack that sense of unity due to several different directors being utilised. This makes for tones and styles that clash with one another and almost seem like different movies entirely. The first two Harry Potters, the third, the fourth and the fifth through eighth also vary greatly in style. Likewise, each X-Men movie seems to undertake a differing tone from its predecessor.

Remarkably, the MCU manages to utilise many different filmmakers and their respective styles (“Guardians,” “Avengers Assemble,” “Winter Soldier” all vary in tone) while remaining coherent and retaining that sense of flowing unity, thanks to Kevin Feige‘s unyielding vision.

Something for everyone
Some people find “Doctor Strange” too trippy for them, while others prefer the high-school drama that comes with “Spider-Man: Homecoming.” Some dislike the quipping adventures of the first two Avengers film, while others like the groovy nature of “Guardians.” Likewise, some may love the slick, spy-movie like “Winter Soldier” and “Civil-War” but loathe the Shakespearean grandeur of “Thor.” The retro, video game feel of “Thor: Ragnarok” differs completely from the ominous, foreboding tones of “Infinity War,” too. There are a slew of styles within the MCU superhero genre. You may not like them all, but there is bound to be at least one that is right up your street.

19 films and counting
“Pirates of the Caribbean: Dead Men Tell No Tales” reintroduced Jack’s compass as a major plot point and gave it some new rules at the same time. This muddled an already confusing object (what can it do? what can’t it do?) and had us trying to recall back to “Dead Man’s Chest” and “At World’s End” for clues to it’s true usage, after it was left out entirely in “On Stranger Tides.” They tried to force a shorthand within their universe that didn’t exist. We weren’t familiar enough with all of the rules of the compass because they hadn’t been established clearly in previous films. Therefore, their attempt at shorthand to reintroduce the compass went flying over our head.

Social relevance
“Black Panther” was the first film to feature a black lead superhero and a predominantly black supporting cast. This is groundbreaking, allowing kids to watch themselves on screen for the first time in a film everyone is seeing and everyone is talking about. Likewise, “Captain Marvel” will achieve the same effect next year with little girls around the globe. Yes, DC had “Wonder Woman” which accomplished the same feat, but that’s it.

No other franchise has the same commitment Marvel seems to have with representing their entire audience. They could do more, granted, with no major LGBT superhero in any Marvel film, but they’re doing better than other studios. Dumbledore is gay, of course, but it remains to be seen if the Fantastic Beasts franchise will fulfil their artistic responsibility and directly explore the character’s sexuality.