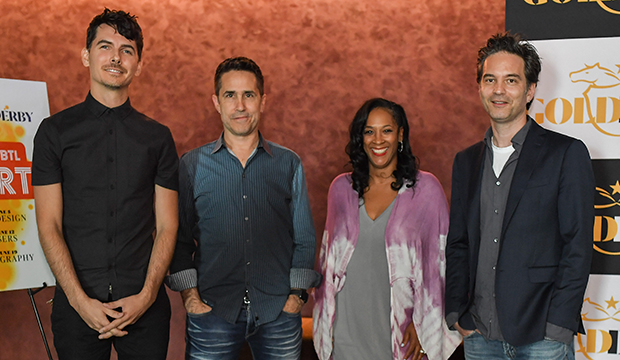 Music is one of the final elements added to a film or television show, and for the four panelists on Gold Derby’s Meet the BTL Experts: Music panel, they all had various starting points when it came time to craft the sound of their projects.

As a co-producer as well on her series, music supervisor Lyah Beth LeFlore (“Unsolved: The Murders of Tupac and the Notorious B.I.G.”) got her hands on scripts and outlines in advance, which helped her visually map out where she wanted to incorporate music. “I love being able to get the script or get the outline and really be able to sit with the characters and sit with the scene and pick from there,” she said during the Q&A, moderated by this author (watch above).

Jeff Russo (“Star Trek: Discovery”) also likes working immediately from the outline stage, usually discussing with producers and directors what the tone of the project will be before he starts composing. “With ‘Star Trek,’ I got the first script, I talked to the producers and then I went and wrote the theme,” he revealed. “I like to get into what the characters could be, not necessarily what they end up being. And then you see it and it could all change, so it’s all sort of a mix.”

On the other hand, Brendan “Eskmo” Angelides (“13 Reasons Why”) and Mac Quayle (“The Assassination of Gianni Versace: American Crime Story,” “American Horror Story: Cult,” “9-1-1”) are visual composers and prefer to wait for scenes or an episode cut before creating a score. “I could be saying something different in seven years, but I feel like I need the visuals in front of me to be able to do it,” Angelides said.

Plus, as Quayle pointed out, sometimes the ultimate screen product could be vastly different from what was written on the page. “I’ve yet to write anything from reading a script. I’d start getting some ideas. The script obviously has some information there,” he said. “[But] there could be not much on the page and what’s on the screen is like this whole world, so I tend to wait.”

And when those scenes come in, oftentimes they’re backed by temp music — placeholder music inserted in the editing process to serve as a guideline for composers to write something similar or simply to know where music is wanted. Quayle calls it “a blessing and a curse.”

“The blessing is that if it’s a good picture editor and they’ve put the temp in and they’ve cut to it, there’s a lot of good information to get from it,” he said. “There could be a tempo, where a big modulation should happen, where it should hit here or hit there. There could be some really nice information there. And if I know that I have the freedom to just use some of that information and then write my music with that information in it, that’s great. The curse is when they think the temp is the best idea that could ever be in that scene.”

SEE ‘Versace,’ ‘AHS: Cult’ and ‘9-1-1’ composer Mac Quayle explains how he scores so many shows at once [EXCLUSIVE VIDEO INTERVIEW]

When that happens, Russo, who provided his own temp music for “Star Trek,” noted it could be “very restricting” for composers to try to mimic the temp music — especially when they’re very well-known tracks.

“[Sometimes] they end up temping with, like, ‘Interstellar’ or a Hans Zimmer score and you’re like, ‘What am I supposed to do?!’” he said. “It can be quite frustrating and you just need to find your way through. It’s different in television because of the breakneck speed you have to work at, so a temp score helps the editor craft their edit.”