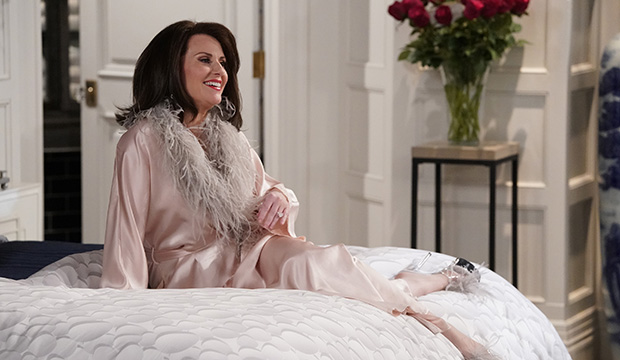 Megan Mullally was Emmy-nominated for seven of “Will & Grace”’s original eight seasons. Thanks to the revival, the two-time winner can add an eighth Best Comedy Supporting Actress nomination this year, which would give her the second most bids in the category.

If she makes the cut, Mullally would only be behind 10-time nominees Rhea Perlman and Loretta Swit, the latter of whom scored her nominations consecutively. Perlman won four times, including three in a row, for “Cheers,” while Swit converted two of her nominations into wins for “M*A*S*H.” With “Will & Grace” renewed for two more seasons, Mullally will have a chance to tie that record.

Mullally is currently tied with fellow seven-time nominees Julia Duffy, Estelle Getty, Julia Louis-Dreyfus and Doris Roberts. All except “Newhart” star Duffy won at least one Emmy; she holds the record for most nominations without a win.

As the only multiple winner of “Will & Grace”’s core four, Mullally is in good standing to return to the Emmy battlefield. She’s in third place in our odds behind two-time reigning champ Kate McKinnon (“Saturday Night Live”) and three-time winner Laurie Metcalf (“Roseanne”). Two Experts, Matthew Jacobs (Huffington Post) and Robert Rorke (New York Post) are predicting Mullally for the win. Additionally, in a recent poll, readers voted Mullally as the likeliest to nab a nomination that if only one “Will & Grace” star gets in.

30 best TV bosses ranked, including 'The Office,' 'Taxi,' 'The Sopranos' and more…

Ali Wentworth ('Will and Grace'): Role as an emotionally fragile gynecologist 'was a dream come true'…

Sean Hayes ('Will and Grace'): Saying goodbye to Jack McFarland was 'a little deeper this time'…

'Will & Grace' loves Lucy, and Emmys did too

Dear Golden Globes, here's your yearly reminder that 'Will and Grace' has never won a single…

Meet the BTL Experts: Cinematographers discuss misconceptions about their jobs, influences, and what…

You're invited to our Q&A: Meet cinematographers of 'GLOW,' 'Kidding,' 'Native Son,' 'Will and Grace'…