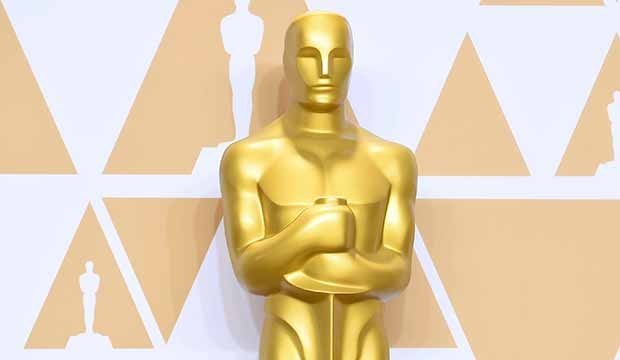 Oscar often calls when funny ladies get serious on the big screen. This year, it might be Melissa McCarthy’s turn to be recognized for her dramatic change of pace in the truth-based “Can You Ever Forgive Me?” As Lee Israel, a Manhattan-based curmudgeonly author with a drinking problem whose style of celebrity biographies have gone out of fashion by the year 1991, McCarthy drops all pretense of adopting her usual bouncy and brassy comic persona.

Instead, she wallows in disappointment, bitterness and child-like prankish behavior. In order to raise much-needed cash to pay her bills, she stoops to forging letters from long-dead celebrities and selling them to gullible bookstore owners and collectors. I kept waiting for McCarthy to part the clouds that hang over her character and inject a bit of her sunny side. Instead, she is marvelously morose as she performs a committed overcast performance that pays off big time as the movie concludes.

The actress, who was Oscar-nominated for her supporting role in 2011’s “Bridesmaids” as the-rough-edged sister of the groom, obviously knows what it takes to impress academy voters – timidity ain’t it. McCarthy previously flashed her more serious side as a stressed-out single mom of a bullied boy in 2014’s “St. Vincent.”

With “Can You Ever Forgive Me?” opening this week, here is the sisterhood of 11 actresses who switched from comical to dramatic while drawing Oscar consideration. Tour our photo gallery to see all of these ladies we now feature.

Ginger Rogers: “Kitty Foyle” (1940)
Rogers danced and sang her way to stardom in the ‘30s in nine movie musicals opposite Fred Astaire. Their elegant dance numbers brought glamorous relief to Depression-era audiences with such outings as “Flying Down to Rio” and “Swing Time.” The partnership would end in 1939, save one last go with 1949’s “The Barkleys of Broadway.” While audiences were wild about their films, the pair never got any Academy Award recognition for their team efforts. Rogers eventually did more acting in non-musicals and that is where upscale soap-operatic “Kitty Foyle” comes in.  As a white-collar New York store clerk and later as a secretary, we see her working girl torn between saying “I do” to a doctor or running away with a married man above her class whom she has loved for years. Rogers would beat out Bette Davis, Joan Fontaine, Katharine Hepburn and Martha Scott for the lead actress prize while Astaire made do with a 1950 honorary Oscar as well as a supporting nod for the 1974 disaster flick “The Towering Inferno.”

Shirley Jones: “Elmer Gantry” (1960)
Before Jones became the harmonizing mother figure on TV’s  “The Partridge Family” in the ‘70s,  she was often a wholesome love interest in a series of crowd-pleasing musicals such as “Oklahoma,” Carousel”  “April Love” and “The Music Man.” But she switched gears in 1960 by playing a prostitute who seeks revenge on Burt Lancaster’s traveling salesman turned religious preacher in “Elmer Gantry”. While the statuette elevated her status in the industry, it did little to attract opportunities much beyond being Shirley Partridge.

Judy Garland: “A Star Is Born” (1954) and “Judgment at Nuremburg” (1961)
Similar to Rogers, Garland wasn’t taken quite as seriously when she did musicals and Andy Hardy comedies with fellow juvenile performer Mickey Rooney. She was awarded with a special juvenile Oscar in 1940, the year after “The Wizard of Oz” and “Babes in Arms” came out. But it took two adult films in a more serious vein – a musical remake of “A Star Is Born,” as a rising actress opposite James Mason as a washed-up alcoholic actor and as a witness in the politically-charged “Judgment at Nuremberg” to get her onto the Oscar ballot. She would lose as a lead to Grace Kelly in “The Country Girl” and as a supporting player to Rita Moreno in “West Side Story.”

Goldie Hawn: “Cactus Flower”(1969)
Hawn, who milked her giggly dumb blonde act to the hilt on TV’s “Laugh-In” as she danced in a cage, would be lauded for her impeccable timing and insight into her character in “The Cactus Flower.” That recognition led to an Oscar win for her supporting role as the young mistress of Walter Matthau’s dentist. Complications arise when Matthau, less than overjoyed about getting hitched, recruits a more age-appropriate nurse (Ingrid Bergman) to pretend to be his non-existent wife. Eventually, an odd triangle develops among them. Hawn also would go on to be nominated again for 1980’s “Private Benjamin,” a comedy but also full of tension involving modern-day womanhood.

Lily Tomlin: “Nashville” (1974)
Tomlin proved herself to be quite versatile while adopting different comic guises such as Ernestine, the snoopy telephone operator, and Edith Ann, a precocious five-and-a-half-year-old girl who tries figure out the world while seated in an oversized rocking chair. But she hit the Oscar-nominated jackpot in her debut as gospel-singer Linnea Reese and mother of two deaf children. She sleeps with Keith Carradine’s country-singing lothario before returning to her domestic home front in Robert Altman’s “Nashville.” She lost to Lee Grant (“Shampoo”) in the supporting category. But she had no trouble attracting big-screen roles in 1977’s “The Late Show” with Art Carney and in 1980’s “9 to 5” with her buddies Dolly Parton and Jane Fonda.

Bette Midler: “The Rose” (1979) and “For the Boys” (1991)
Midler aka the Divine Miss M, was best known early in her career as a purveyor of bawdy humor and naughty songs while performing at a gay bathhouse and later on concert tours. She went much more dramatic for her big-screen debut in “The Rose,” as a self-destructive ‘60s performer inspired by Janis Joplin. Midler came away with a Best Actress Oscar nomination but lost to Sally Field in “Norma Rae.” The film collected three other noms — supporting actor (Frederic Forrest), film editing and sound – while its soundtrack would sell more than two million copies. Her second swing at a lead actress Oscar arrived in 1991 with “For the Boys” as a ‘40s-era performer (supposedly based on Martha Raye) who joins James Caan to entertain the American troops. Jodie Foster ended up winning for “The Silence of the Lambs.”

Sally Field: “Norma Rae” (1979), “Places in the Heart” (1984) and “Lincoln” (2012)
Field got her start on sitcoms as surfer girl in “Gidget” and as Sister Bertrille in “The Flying Nun.” But she showed off her dramatic chops when she portrayed a woman with multiple personality disorder in the TV miniseries “Sybil.” Sure, she did movies like “Smokey and the Bandit.” But her status as an actress to be reckoned with grew immensely when she played a dedicated union organizer in ”Norma Rae,” the source of her first Best Actress Oscar. She would follow that up as a Depression-era Texas widow who tries to save her farm in “Places in the Heart.” Years later, she would bring alive Mary Todd Lincoln opposite Daniel Day-Lewis’ Honest Abe (the source of his third lead Oscar) in “Lincoln,” and competed for a supporting Academy Award while losing to Anne Hathaway in “Les Miserables.”

Reese Witherspoon: “Walk the Line” (2005) and “Wild” (2014)
Witherspoon has done her share of rom-coms such as the “Legally Blonde” films and “Sweet Home Alabama.” But she elevated her status as a dramatic actress considerably as country singer June Carter Cash opposite Joaquin Phoenix as the Man in Black in “Walk the Line.” Her lead win was the only trophy bestowed upon the five-time Oscar-nominated biopic. She would also receive another lead actress bid as author and recovering addict Cheryl Strayed, who walked the Pacific Crest Trail in “Wild.”

Whoopi Goldberg: “The Color Purple” (1985) and “Ghost” (1990)
The stand-up comic and EGOT owner who was used to doing one-woman shows onstage was discovered by Steven Spielberg when she appeared on Broadway. That is how Goldberg won the lead role of Celie in 1985’s “The Color Purple.” The movie was nominated for 11 Academy Awards, including Goldberg as lead actress. However, she would lose to sentimental favorite Geraldine Page in “The Trip to Bountiful” and her film would go away empty-handed. But she got another chance at the gold with her invaluable injection of humor as phony psychic Oda Mae Brown, who communicates with Patrick Swayze who is stuck in after-life limbo in “Ghost,” The romantic thriller would receive five Oscar nominations, with wins for Goldberg in the supporting category and original screenplay.

Mo’Nique: “Precious” (2009)
A member of the stand-up crew the Queens of Comedy had starred in the UPN sitcom “The Parkers,” about a mother and daughter who attend college at the same time. She appeared in Martin Lawrence’s 2008 film “Welcome Home Roscoe Jenkins” and “2004’s “Soul Plane.” But in 2005, she took a serious turn. That is when Mo’Nique was cast by director Tony Scott in his crime thriller “Domino,” as a license counterfeiter at a DMV who drives much of the plot. But, In 2009, she won the role of a lifetime in “Precious,” thanks to director Lee Daniels. Her Mary is a mommy monster of the lowest degree, one who subjects her illiterate teen daughter (Gabourey Sidibe) to abuse — verbal, physical and sexual. Mo’Nique cuts no corners as she embodies this horror show of a woman, driven to desperation, selfishness, drugs and poverty. “Precious” would collect six Oscar nominations and won two, Best Adapted Screenplay and supporting actress for Mo’Nique, who got a standing O during the Academy Awards ceremony.

Sandra Bullock: “The Blind Side” (2009)
She was one of Hollywood’s most reliable rom-com sweethearts, with such films as “While You Were Sleeping,” “Miss Congeniality,” Two Weeks Notice” and “The Proposal.” But Bullock was more than prepared to tackle a real-life role like Leigh Anne Tuohy, a well-off interior designer who adopts a homeless African-American high-school football player named Michael Oher and helps him get into college and achieve his dream of being a professional player. The movie also scored a surprise Best Picture nomination to go with Bullock’s win.