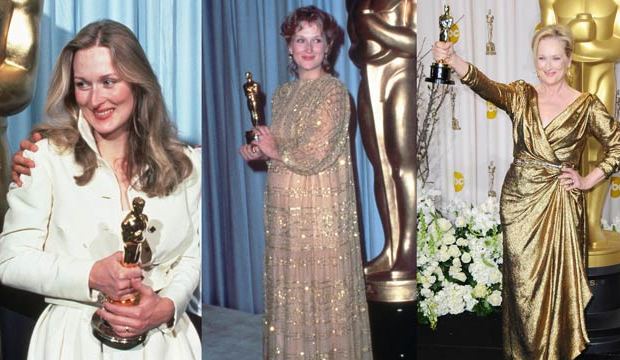 Over the past month, the Gold Derby series Meryl Streep at the Oscars has looked back at Meryl Streep’s 21 Oscar nominations, including her 2018 bid for “The Post.” We have considered the performances that competed with her, the results of each race and the overall rankings of the contenders.

For a film buff and awards season aficionado, there is perhaps no more exhilarating a journey than going back to revisit all 21 Streep performances that brought her to the Oscars, plus her competition over the years – a grand total of 105 performances, most richly deserving of their recognition.

Reflecting on these and other Streep performances, including turns that weren’t recognized at the Oscars, only reaffirms her status as an unimpeachable living legend of the big screen. It really isn’t hyperbole when she’s labeled, as she so often is, as the greatest actress of her generation. Even in her weakest Oscar-nominated performance, “Into the Woods” (2014), Streep is not for a moment anything less than a pleasure to watch. She always brings her A-game, even when the film itself isn’t a whole lot to write home about.

SEE 2018 Oscars: Full list of winners (and losers) at the 90th Academy Awards

Venturing through these 21 categories also shines a spotlight on some of the greatest performances to ever grace the big screen, the likes of Jessica Lange in “Frances” (1982); Whoopi Goldberg in “The Color Purple” (1985); and Jane Alexander in “Testament” (1983). Streep may indeed have the most exemplary filmography of all the recognized actresses over these 21 Oscar ceremonies but there are plenty of other nominees too with spectacular performances, wholly deserving of having a spotlight shone on them.

All fans of Streep and the Oscars should, at some point in their lives, give this project a shot!