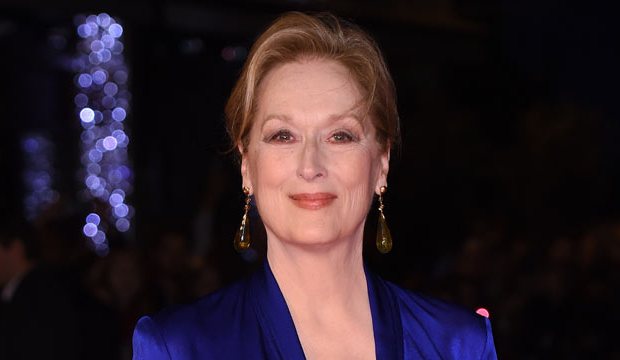 Fresh off her record 21st Oscar nomination for “The Post,” Meryl Streep is setting her sights on the Emmys: the three-time Oscar and three-time Emmy winner has joined the second season of “Big Little Lies,” according to The Hollywood Reporter.

Streep will play Mary Louise Wright (fun fact: Streep’s birth name is Mary Louise), the mother of Alexander Skarsgard’s Perry Wright, who — spoiler alert! — died in the first season finale. Mary Louise drops by Monterey because she’s concerned about the well-being of her grandchildren after her son’s death.

This means we’ll definitely get some screentime between Streep and Nicole Kidman, who plays Skarsgard’s widow Celeste and with whom Streep co-starred, albeit with no shared scenes, in “The Hours” (2002). (Dear David E. Kelley: Please be sure to write a scene with Kidman screaming “I’m dying in this town!” in Streep’s face. Thanks!) What are the chances Julianne Moore will sign on next?

Streep previously won Emmys for the 1978 miniseries “Holocaust,” the 2003 miniseries adaptation of “Angels in America” and just last year for her narration on “Five Came Back.” She has an additional nomination for the 1997 TV movie “…First Do No Harm.” Her other forays into TV include voice work on “The Simpsons” and “King of the Hill.” She’s also attached to the upcoming J.J. Abrams series “The Nix.”

“Big Little Lies” cleaned up at the Emmys last year, winning eight of its 16 nominations, including Best Limited Series and acting awards for Kidman, Skarsgard and Laura Dern. Reese Witherspoon and Shailene Woodley earned nominations as well. Kidman, Skarsgard and Dern also won Golden Globes and Critics’ Choice Awards, with the former two adding Screen Actors Guild Awards this past Sunday, and the show won the top prize at the Globes and Critics’ Choice. If the second season is as great and as big of a hit as the first, we can definitely expect some nominations and wins for Streep.

Season 2, which will be written by Kelley again, will consist of seven episodes like the first. Witherspoon, Kidman and Streep are the only confirmed stars so far, but the rest of the cast is expected to return, including Skarsgard, who would likely appear via flashbacks. Andrea Arnold (“Transparent”) will replace director Jean-Marc Vallee, who won an Emmy as well.

Are you excited for Streep on “Big Little Lies”? Do you think she’ll win another Emmy?