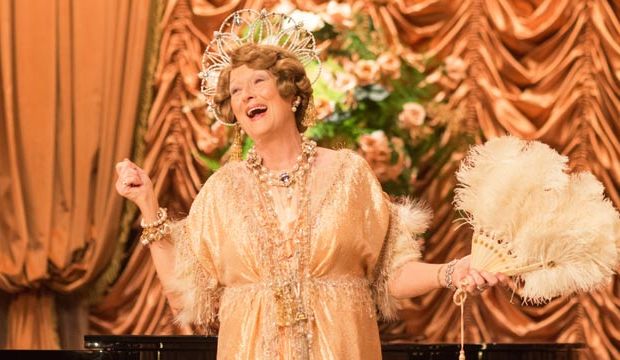 This article marks Part 20 of the 21-part Gold Derby series analyzing Meryl Streep at the Oscars. Join us as we look back at Meryl Streep’s nominations, the performances that competed with her at the Academy Award, the results of each race and the overall rankings of the contenders.

In 2015, more than a decade since their collaboration on “The Manchurian Candidate,” Meryl Streep and filmmaker Jonathan Demme reunited on what would prove the director’s final motion picture. “Ricki and the Flash”, written by another Oscar winner (Diablo Cody), cast Streep as a wannabe-rock star who abandoned her family to chase her dreams. She later returns home, hoping to reconcile, to a chilly reception.

While “Ricki and the Flash” has its passionate proponents, the film was greeted that August to a lukewarm critical reception and modest box office – Streep’s lowest-grossing live action feature in nearly a decade. Even more unnoticed was a brief supporting role that fall in the not-so-successful Oscar contender “Suffragette.” There was, no surprise, no Streep on Oscar nominations morning.

The following year, however, Streep signed on for a project with a filmmaker known for delivering Best Actress Oscar nominations.

Over the course of his career, Stephen Frears directed Glenn Close in “Dangerous Liaisons” (1988); Anjelica Huston in “The Grifters” (1990); Helen Mirren in “The Queen” (2006); and Judi Dench in “Mrs. Henderson Presents…” (2005) and “Philomena” (2013) to awards season glory. With a record like that, odds were strong he could do the same for Streep, on the hunt for an unprecedented 20th Oscar nomination.

The 2016 Oscar nominees in Best Actress were:

Isabelle Huppert, “Elle”
Huppert portrays Michèle Leblanc, a strong-willed and successful video game company executive who is raped by a masked man in her home. Wary of reporting the incident to law enforcement, she instead keeps a meticulous eye on the men in her life, determined to uncover the assailant’s identity herself and draw him into a game of revenge. This performance, which won her honors from the Los Angeles Film Critics Association, National Society of Film Critics and New York Film Critics Circle, plus a Golden Globe, marked Huppert’s first Oscar nomination.

Ruth Negga, “Loving”
Negga portrays Mildred Loving, wife of bricklayer Richard (the brilliant Joel Edgerton). The interracial couple are harassed and arrested by local authorities for violating Virginia’s anti-miscegenation laws. They ultimately move to Washington D.C. but, yearning to someday move back to their friends and family in the Commonwealth, team with the American Civil Liberties Union on a lawsuit against Virginia that will result in a landmark civil rights decision by the U.S. Supreme Court. This performance marked Negga’s first Oscar nomination.

Natalie Portman, “Jackie”
Portman portrays First Lady Jacqueline Kennedy who, not long after the assassination of her husband, invites journalist Theodore White (Billy Crudup) to the family compound to discuss the legacy of the 35th U.S. president’s. Kennedy reflects on the glory days of the presidency, the horrors of that fall day in Dallas, Texas and the whirlwind of arrangements that followed. This performance marked Portman’s third Oscar nomination.

Emma Stone, “La La Land”
Stone portrays Mia, an aspiring actress who makes her living as a barista on a Hollywood studio lot. She meets jazz pianist Sebastian (Oscar nominee Ryan Gosling), who makes his ends meet playing uninspiring Christmas jingles at a restaurant. Over time, the two become romantically involved but their relationship is sorely tested by their careers, in the city notorious for building dreamers up, only to tear them down. This performance, which won her a BAFTA Award, Golden Globe and Screen Actors Guild Award, marked Stone’s second Oscar nomination and first win.

Meryl Streep, “Florence Foster Jenkins”
Streep portrays Florence Foster Jenkins, an ambitious socialite who frequents and invests in the New York arts scene in the 1940s and, despite having negligible musical talent, manages to buy an opera concert for herself at Carnegie Hall. This performance marked Streep’s 20th Oscar nomination.

Good heavens, it feels like just yesterday that Oscar followers were debating Huppert’s odds of somehow, someway scoring the upset over Stone in this.

2016 was chock-full of fabulous leading lady turns and the Oscar quintet, even if there’s not a rotten apple among the bunch, is not quite representative of that strength. If only enough voters had seen Hall’s heartbreaking work or remembered the fantastic early-year performances from Field and Sarandon. Likewise, it’s a shame Henson, the best part of “Hidden Figures,” couldn’t ride her film’s momentum to a surprise nomination. And Bening? When on earth is she at last scoring that Oscar win?

Streep, no doubt, had a ball taking on this role and her comic chops are very much on display when her Jenkins graces the stage and leaves her audience aghast at the vocal trainwreck before them. The film around her, however, is thinly drawn, never much exploring the exciting hustle and bustle of New York at that time. It all seems better-suited to a stage production.

Ultimately, Streep emerges the sole reason to check the picture out, even though it doesn’t break a ton of new ground on Jenkins’ life. Moviegoers who were won over by Frears’ comparably slight “Mrs. Henderson Presents…” will probably be quite fond of this.

Negligibly more exciting than Streep is this category’s winner, Stone.

The joy Stone felt in making “La La Land” is plenty palpable. She makes for an electric duo with Gosling and her rendition of “Audition (The Fools Who Dream)” marks one of the few moments in the film that operates as a successful musical. That said, it’s hardly an amazing piece of acting. Stone has no shortage of charisma but this isn’t a sharp vehicle like “Easy A” (2010) that knows how to perfectly utilize that personality.

One of the all-time worst Best Lead Actress winners? No way. Still, she’s much more toward the bottom than the top and, given the plethora of options in the category, shouldn’t have even been nominated.

Gracing a much stronger film than Streep and Stone is Negga. “Loving” is so convincing, it often has more the look and feel of a documentary than a scripted feature film. Kudos to writer/director Jeff Nichols and his entire cast for delivering such a beautiful, understated picture.

As for Negga specifically, this is perhaps among the most quiet, unaffected performances to ever garner an Oscar nomination – there’s really no obvious ‘Oscar scene’ to speak of. It’s lovely work but it’s often subdued to the point where Negga is prone to fading into the background. Edgerton, who time and time again proves himself one of today’s finest actors, gives the more impassioned and resonant performance of the two. Some of the more lively supporting players too also steal scenes away from Negga.

Leaps and bounds superior to Streep, Stone and Negga are the remaining two nominees, both richly deserving of their recognition here.

Huppert’s work in “Elle” is truly fearless, an audacious, vivid portrayal that serves as the anchor of the entire picture – without her killing it, the film wouldn’t work. Director Paul Verhoeven’s efforts here are striking but never before has he directed a film so dependent on a single performance. It’s career-best work by the leading lady.

Impressive as Huppert is, Portman should’ve taken this.

It is incomprehensible how “Jackie” was so egregiously shortchanged in 2016. Pablo Larrian‘s Stanley Kubrick-like direction visually striking, haunting filmmaking, the Noah Oppenheim screenplay is downright brilliant and the entire cast, even if it is largely a one-woman show, rings true.

Of course, however, Portman is the heart and soul of the picture. She runs a roller coaster of emotions, from the glory days of the Kennedy presidency, when the White House was filled with joy and grand entertainment, to the horrors of that autumn day in Dallas, Texas and the whirlwind of events that followed. Portman has wonderful, intimate scenes opposite John Hurt, Peter Sarsgaard and Greta Gerwig but is often at her most riveting when she has the screen all to herself. This is one of the very best Oscar-nominated performances from recent years.