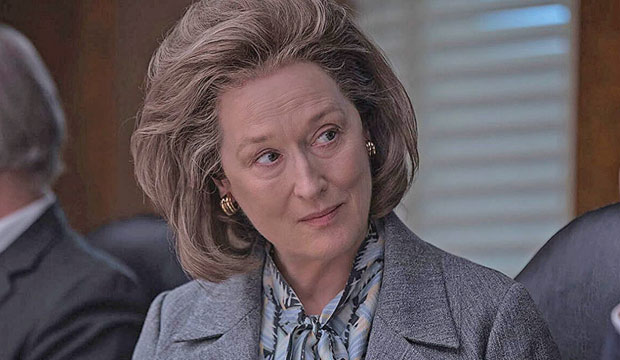 Throughout her career, Meryl Streep has received 20 Oscar nominations as well as three victories for “Kramer vs. Kramer” (1979), “Sophie’s Choice” (1982) and “The Iron Lady” (2011). In her latest film, “The Post,” she plays Kay Graham, America’s first female newspaper publisher of The Washington Post. With Oscar nominations set to be announced on January 23, Streep seems to be on the bubble for a Best Actress nomination following her loss at the Golden Globes and her SAG Awards snub. Will she score Oscar nomination #21?

After Streep’s epic speech when she accepted the Cecil B. DeMille Award last year, you’d think that the Hollywood Foreign Press Association would want her back on stage just to see what she had to say this time. But they instead opted to reward Frances McDormand with the Golden Globe for “Three Billboards Outside Ebbing, Missouri.”

Streep also didn’t receive a SAG nomination, and to date, the only time she managed to receive an Oscar nomination without an individual SAG bid was for “Adaptation” (2002). However, she was still nominated as a member of that ensemble, as well as for “The Hours” (2002). Then again, “The Post” started screening in the middle of November, where a lot of SAG members probably weren’t able to see it in time.

“The Post” marked two major firsts for Streep. Not only was it the first time she’d gotten to act opposite Tom Hanks, but it was also her first major collaboration with director Steven Spielberg (not counting her brief voice role in 2001’s “A.I. Artificial Intelligence”).

Interestingly enough, throughout Spielberg’s long career, he’s only directed one Oscar-nominated performance for Best Actress before: Whoopi Goldberg for “The Color Purple” (1985). Of course, Goldberg lost that year to Geraldine Page in “The Trip to Bountiful,” which resulted in “The Color Purple” tying the all-time record with “The Turning Point” (1977) as the biggest losing film in Oscar history.

Given how timely “The Post” seems to be not only with the current Donald Trump administration, but also with the #MeToo movement, academy members could be taking those factors into account when voting on nominations. Do YOU think Meryl Streep will earn an Oscar nomination for “The Post”?