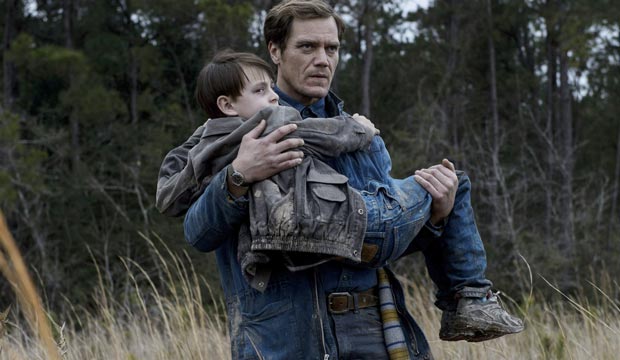 In recent years Michael Shannon has begun to emerge as one of film’s most versatile and ubiquitous actors. Often cast his villains or law enforcement agents Shannon always brings a brooding intensity to his roles and manages to use that intensity for both good characters and bad that often know a lot more than they are saying.

Shannon first started his career as a stage actor in Chicago. He gained a great deal of notice and other roles from his appearances in the plays of a then little-known actor turned playwright named Tracy Letts. Shannon credits his work in the plays of Letts for the film and television opportunities that came his way after he appeared in two of Lett’s acclaimed plays “Bug” and “Killer Joe.”

He returned to the stage two years ago and received a Tony Award nomination for Best Featured Actor in a Play for his role as Jamie Tyrone in a revival of Eugene O’Neill’s “Long Day’s Journey into Night.” The play was a huge hit and won Shannon’s co-star Jessica Lange the Tony for Best Actress in a Play. Shannon said of the experience that Lange’s performance was so intense and emotional that he initially had trouble holding eye contact with the actress because of the amount of vulnerability she was exposing.

SEEEmmys 2018 exclusive: Paramount Television categories for ’13 Reasons Why,’ ‘The Alienist’ and more

Until recently he was probably best known for his role on the hit HBO drama “Boardwalk Empire.” This year he is on the Emmy Awards ballot twice with HBO’s “Fahrenheit 451” and the Paramount limited series “Waco,” which tells the story of the government siege of the cult compound.

But it is his film work that has been garnering attention lately with two Oscar nominations for “Revolutionary Road” and “Nocturnal Animals.” Let’s take a photo gallery tour above of his 15 greatest movie performances, ranked from worst to best.

15. MIDNIGHT SPECIAL (2016)
Shannon has frequently collaborated with writer/director Jeff Nichols and many of their films will be on this list. This film that deals with cults and a boy with supernatural powers received strong reviews but did not make much of an impact at the box office.

14. RETURN (2011)
This film was largely a vehicle for Linda Cardellini who plays a military veteran coming home after a year overseas. She has trouble readjusting to life at home with her husband and two daughters. Shannon was singled out in many reviews for finally getting a chance to play a “normal” guy when so often he was cast as villains or off beat characters.

13. JESUS’S SON (1999)
Shannon was among the ensemble of the uniformly excellent cast of this independent film. Billy Crudup stars as a heroin addicted young man who lives a grim life trying to survive and get money to feed his drug habit.

12. 8 MILE (2002)
This semi-autobiographical film features Eminem in a role quite similar to himself. The film tells the story of a white rapper trying to break into the rap industry. Oscar winner Kim Basinger plays Eminem’s mother who has an often-combustible relationship with her son. Shannon has a key role as Basinger’s boyfriend in the film.

11. SHOTGUN STORIES (2007)
Shannon first worked with Nichols in his film debut. Shannon plays an embittered southern fish-farmhand consumed with hate for his neglectful father. Indiewire said of the performance that “Shannon projects a kind of taciturn machismo that never becomes the cliché it might have been.”

10. ELVIS AND NIXON (2016)
Shannon plays Elvis Presley in this speculative film about a meeting Presley had with President Richard Nixon. Presley supposedly wanted Nixon to make him a secret agent to fight the drug culture of the era.

9. MUD (2012)
“Mud” was one of the first films that helped star Matthew McConaughey reform his image from lightweight romcom star to serious actor. The story revolves around two teenage boys who find a man hiding from the law. Shannon plays one of the boy’s uncles.

8. LOVING (2016)
Once again working with Nichols, Shannon took another supporting role in this story of the difficulties facing an interracial couple who marry but are not allowed to live together because of segregation laws in 1960’s south. Ruth Negga received a Best Actress Oscar nomination for her role.

7. CECIL B. DEMENTED (2000)
This antic and at times demented film from John Waters features Shannon as one of a group of bumbling terrorists who kidnap a famous actress (Melanie Griffith) and force her to star in their independent film. Based slightly on the infamous Patty Hearst kidnapping of the 1970s, the film is a satire on the troubles Waters had making his own independent films and his struggles against censorship from the Motion Picture Association of America.

6. BUG (2006)
“Bug” is based on the play of the same name, and it is the property that Shannon credits with launching his career into high gear. Shannon starred in the play in Chicago and then off-Broadway in New York where it was a huge hit. Shannon is quite stunning as a war veteran who has delusions that the government is placing bugs in his body as some sort of experiment.

5. TAKE SHELTER (2011)
Working again with Nichols, Shannon created one of his most mesmerizing performances as a man struggling to take care of his family during tough economic times. His life becomes even more complicated when he starts having visions of an apocalyptic type event that he fears will hit his family. He turns his energy towards building a storm cellar but it remains unclear if he is slipping into madness or actually foreseeing some disastrous event.

4. THE SHAPE OF WATER (2017)
Shannon was the only principle performers not nominated for an Oscar for this Best Picture winner of 2017. However, he is working at the same high level as his nominated co-stars in this story of a janitor who falls in love with a creature being developed in a lab. Shannon has often played villains in his career and he does so here again but he brings a unique take on the character and is very much part of the films overall success.

3. 99 HOMES (2014)
Shannon won the Los Angeles Film Critics Association Award for Best Supporting Actor and received a bunch of other nominations including the Golden Globes and SAG Awards for his scheming real estate executive in this engrossing film. Set during the real estate crunch that affected Florida a few years ago Shannon shines as the man who first evicts Andrew Garfield and his family from their home but later becomes somewhat of an evil mentor to Garfield who gets sucked into his business ways.

2. NOCTURNAL ANIMALS (2016)
Shannon scored his second Oscar nomination for Best Supporting Actor as the dedicated police detective in this complex drama. Even though he had received a bit of notice from film critic’s groups it was his co-star Aaron Taylor-Johnson who was nominated and won the Golden Globe. Shannon brings a quiet dignity and determination to his low-key police officer role.

1. REVOLUTIONARY ROAD (2008)
Shannon received his first Oscar nomination for Best Supporting Actor for this film. The nomination was a surprise since Shannon had not been nominated for any of the major precursor awards. He plays the son of the real estate agent who sold Leonardo DiCaprio and Kate Winslet their house. He has been declared insane but often acts as the voice of reason in the film, encouraging the couple to pursue their dream of moving to Paris.