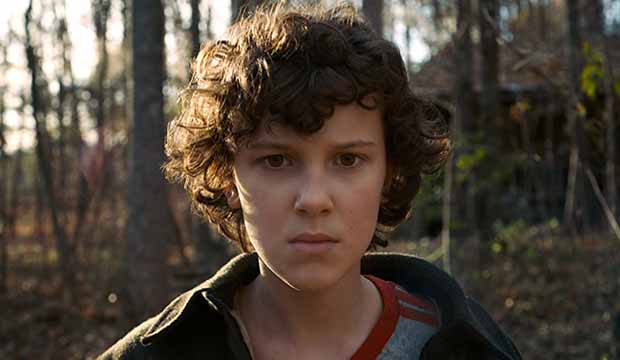 Gold Derby can exclusively reveal that Millie Bobby Brown is entering the “Stranger Things” episode “The Pollywog” as her Emmy submission for Best Drama Supporting Actress. This installment streamed October 27 and was the third episode of the second season for the Netflix show.

In this segment, Eleven (Brown) is growing increasingly impatient with Jim Hopper (David Harbour) for not allowing her to leave the cabin. Flashbacks show the time when he was leaving food out for her and how they moved into the cabin. She defies her orders and heads over to the school to see Mike (Finn Wolfhard). She is jealous seeing Mike with Max and uses her powers.

Brown now has her second consecutive Emmy nomination in this category. For the 2018 ceremony, she is up against reigning champ Ann Dowd and her “The Handmaid’s Tale” co-stars Alexis Bledel and Yvonne Strahovski. Others in the category are returning nominees Lena Headey (“Game of Thrones”) and Thandie Newton (“Westworld”), plus first-timer Vanessa Kirby (“The Crown”).