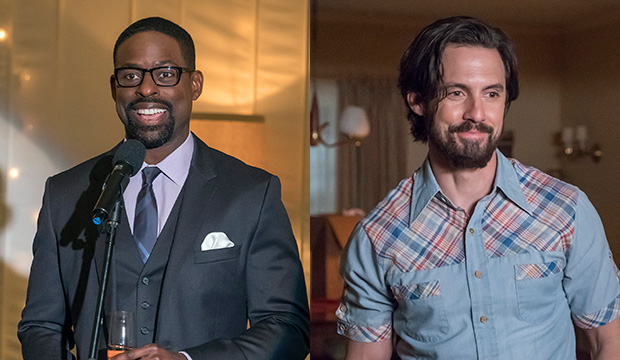 Sterling K. Brown still has an overwhelming lead in our odds to repeat as Best Drama Actor at the Emmys, but if he does lose, it might be to someone very close to him: his “This Is Us” dad Milo Ventimiglia. Ventimiglia is still in second place, but he’s now the pick to actually win the award of some of our pundits.

A surprise nominee last year, Ventimiglia should be good for a nomination and is buoyed by the cast’s drama ensemble win at the Screen Actors Guild Awards (where he also delivered the speech). Season 2 also finally revealed how Jack died, so he has extra buzz.

Brown, however, might be difficult to take down after he swept the Golden Globe, Critics’ Choice and SAG Awards earlier this year to go with his Emmy. Our readers are also predicting that all five main “This Is Us” stars will get nominations this year, so that love won’t be subsiding. But maybe that means voters will spread the wealth to anoint Ventimiglia.

Twelve of the remaining 13 Experts are picking Brown, save for Gold Derby’s Tom O’Neil, who’s going with Freddie Highmore (“The Good Doctor”). Five Editors are also forecasting a Brown defense, except for Paul Sheehan, who’s calling an upset for Jason Bateman (“Ozark”).