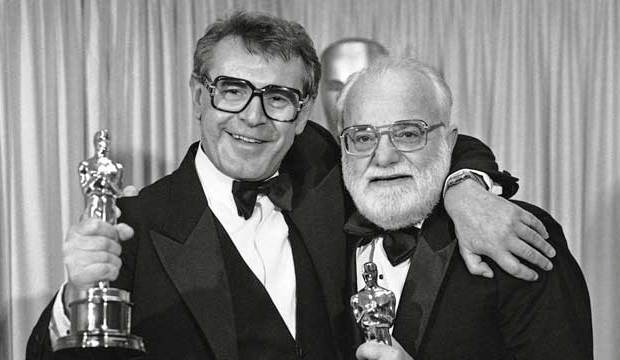 Milos Forman, who passed away on April 13, has been voted your favorite Best Director Oscar winner of the 1980s for his masterwork “Amadeus.” The biopic chronicled the infamous rivalry between Antonio Salieri (F. Murray Abraham) and Wolfgang Amadeus Mozart (Tom Hulce). Much like the film itself being your preferred Best Picture winner of the ’80s, Forman was your choice for the top Best Director winner of the decade in Gold Derby’s recent poll.

Forman won with 22% of the vote, with Oliver Stone (“Platoon”) coming in second place with a respectable 16%. It was a tie for third between James L. Brooks (“Terms of Endearment”) and Robert Redford (“Ordinary People”) at 11% apiece. Sydney Pollack (“Out of Africa”) rounded out the top five with 9% of the vote. Next up, Barry Levinson (“Rain Man”) came in sixth with 8%, Richard Attenborough (“Gandhi”) came in seventh with 7% and Bernardo Bertolucci (“The Last Emperor”) came in eighth with 6%. At the bottom we had a tie between Warren Beatty (“Reds”) and Stone for his other directing win, “Born on the Fourth of July,” with 5% each.

SEESteven Spielberg movies: Every film from ‘Ready Player One’ director ranked from worst to best

“Last year I spent more time in a mental institution than the other [nominees],” he joked as he accepted his Oscar for Best Director. “Amadeus” is a great example of how a director’s touch can impact the film, and Forman makes many bold choices, from having the characters speak in their American accents to giving the film a lively energy that elevates it above other stogy biopics set in previous centuries.