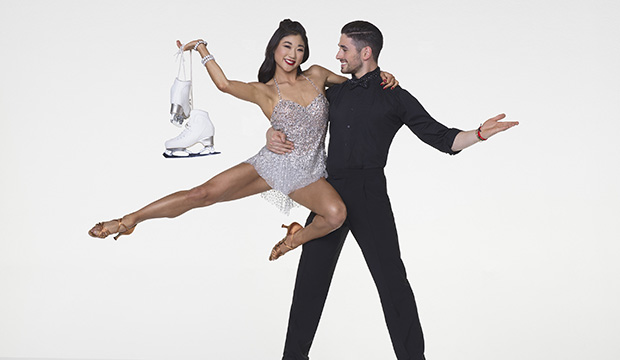 Mirai Nagasu had been angling for a “Dancing with the Stars” spot since before she was done competing in the Pyeongchang Olympics, so it’s nice for ABC to make her wish come true. The Olympic bronze medalist, who became the first American woman to land a triple axel at the Olympics, became an instant favorite to win the Mirrorball with her partner Alan Bersten and is currently sitting in second place in our odds. But will she have what it takes to be the third figure skater to win after Kristi Yamaguchi and Meryl Davis? Let’s weigh the pros and cons.

SEE ‘Dancing with the Stars: Athletes’: Which sports have the best track records?

There is a very common misconception that skating is just dancing with skates. That’s not true at all; they’re very different sports that require different muscles, skills and muscle memory — e.g. figure skating and ice dancing are fluid, while there are more stops and starts in dancing — but there are some huge advantages skaters bring to the floor, which explains their success on the show. For one, they’re already used to picking up choreography quickly and performing to music. They’re also agile and athletic — the best figure skaters have a perfect blend of artistry and jumps — and you know their legs are strong as hell.

Nagasu has an absolutely delightful personality, which will win over more fans. But more so than just being fun and quirky, she’s also very open and candid about her struggles and career ups-and-downs, which included being left off the 2014 Olympic team despite finishing in third place at U.S. Nationals because her body of work that season had been inconsistent. She rallied, added a triple axel — the hardest jump for women — and we all know what happened this year. That is the kind of Perseverance Arc “Dancing” loves.

Being a good dancer and getting good scores is just half the battle. You also need fan votes, and social media has become indispensable over the years in aiding that. Nagasu and Bersten’s social media game is very strong. They’ve been posting tons of Instagram Stories of everything from rehearsals to their meals and the birthday cake Bersten got Nagasu on Monday. They also did a lengthy livestream in which they asked fans for team name suggestions. That type of interaction is crucial in a shortened season.

Bersten is still a relative neophyte as a pro. This is only the longtime troupe member’s second season as a pro, following a 12th place finish on Season 24 with Debbie Gibson. He’s filled in as a backup pro on multiple occasions: four weeks for an injured Maksim Chermkovskiy in Season 24 with Heather Morris and one week for Chmerkovskiy again last season after the hot-headed Russian had a disagreement with Vanessa Lachey. Bersten is a trooper (no pun intended) and has paid his dues, but he’s partnered a heavy favorite for the first time. Can he rise to the occasion?

Nagasu speaks without a filter, which a lot of fans love, but has also, not gotten her into major trouble per se, but incited criticism. She had detractors who sneered at her being so open about using the Olympics as an audition for “Dancing.” And she made some controversial comments after her disappointing individual finish in Pyeongchang for which she later apologized. If she gets stressed and blurts something out without thinking, it could rub some viewers the wrong way.

Nagasu is one of three figure skaters on this season. While we’re not that worried about Tonya Harding — they have very different, uh, appeals — Nagasu should be wary of her BFF Adam Rippon. He was the darling of the Olympics, is young and fit just like she is, and has a personality that can rival hers. They check a ton of the same boxes and could split the vote.