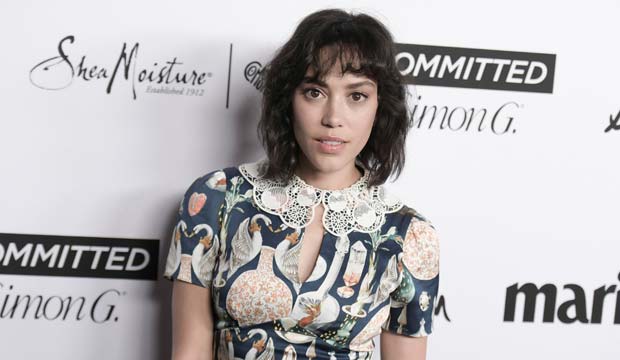 The new Starz comedy series “Vida,” which just got renewed, earned bragging rights by bagging a perfect score on Rotten Tomatoes. A big part of the appeal of this heartfelt half-hour slice-of-life are the two leading ladies, Mishel Prada and Melissa Barrera. These TV newcomers play Emma and Lyn, two sisters who return to their East LA neighborhood following the death of their mother. They are forced to confront their own pasts (and futures) after their mother’s true identity is revealed.

In reviewing the six episodes as a whole, Jen Chaney (Vulture) writes, “Initially, Emma and Lyn come across as the latest takes on stock characters we’ve seen before: the emotionally chilly, driven businesswoman and the sexy bohemian whose self-worth is governed by the men in her life. While these descriptions are not inaccurate, as the season continues, both the writing and the performances by Prada and Barrera reveal greater depths in both of these women, a progression that connects directly to the way communities are often perceived based on their facades rather than the soul underneath.”

As Emma, the older albeit not necessarily wiser sister, Prada delivers an Emmy-worthy performance. Verne Gay (Newsday) describes her thus, “Closeted, angry and remote, Emma has drifted as far away from East LA as she can possibly get. (She lives in Chicago.) She wants to forget her past, and that means forgetting her mother to an extent.”

Melanie McFarland of Salon praises the actress for her “brittle, tightened portrayal” of this hard-driven career-woman who becomes fiercely defensive when questioned about her heritage.” And New York Times critic James Poniewozik notes, “Emma has a steely brusqueness that reads to her old neighbors as superior — and maybe it is, a little — but it’s as much about self-defense as anything. She still feels connected to Boyle Heights in a way that she can’t shake, despite her painful memories.”

In her recap of the first episode for Vulture, Kayla Kumari Upadhyaya observes, “Emma remains stoic throughout, resistant to letting people from her past back in, staunchly stuck-up about her surroundings, making a snide comment about people still ‘stuck’ in her neighborhood. But her grief pulsates just under the surface throughout, finally bursting forward when she joins Lyn in watching a home video of them as girls, dancing with their mother.”