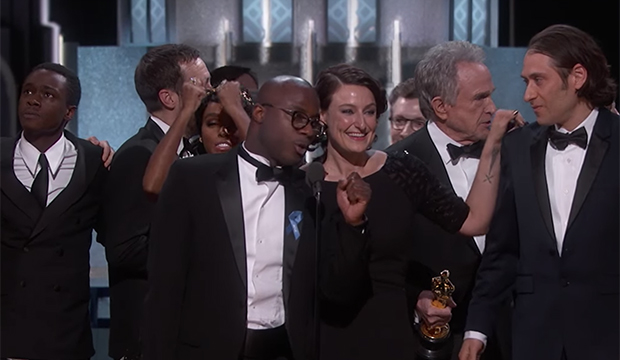 The “Moonlight” cast and crew never truly got to enjoy their Best Picture-winning moment thanks to Envelopegate, but they don’t want a do-over at Sunday’s Oscar ceremony. In an interview with Deadline, host Jimmy Kimmel revealed that Oscar producers Jennifer Todd and Michael De Luca had extended an invite to the “Moonlight” team to make things right (or as right as it could get) after “La La Land” was mistakenly announced as the winner last year.

“We offered them a moment,” Kimmel said. “And they said, it’s okay. We’re fine. We gave our speech when we won the Oscar and we’re okay leaving it at that.”

But you can definitely bet on references to the snafu on Sunday’s show. The marketing has leaned heavily into the mix-up, including a hilarious promo featuring Kimmel confessing to a psychiatrist that he’s been haunted by envelopes since. The psychiatrist? Warren Beatty.

While Kimmel didn’t discuss in the interview whether Beatty and Faye Dunaway would get their own second chance as Best Picture presenters, TMZ reported Thursday night that the “Bonnie and Clyde” stars will indeed return to announce the (hopefully correct) Best Picture champ. According to the site, the pair rehearsed their bit at the Dolby Theatre Thursday evening.

SEE: Predictions in all 24 categories at the 90th annual Academy Awards [PHOTOS]

In a recent poll, 83 percent of our readers wanted Beatty and Dunaway to return as presenters, with 53 percent calling for them to present Best Picture again since the faux pas wasn’t their fault. As was quickly deduced afterward, an Oscar accountant handed them the extra Best Actress envelope instead of the one for Best Picture.