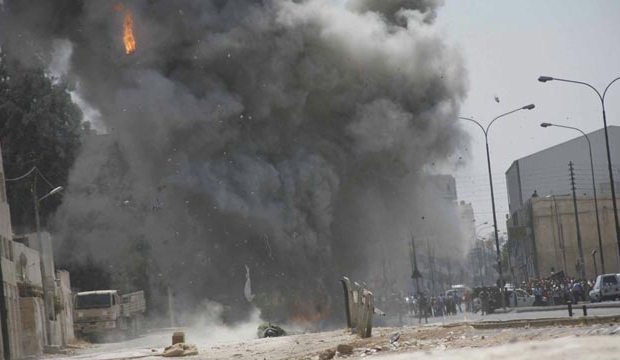 All five of our predicted Oscar nominees for Best Sound Editing number among the contenders for the Golden Reel Awards bestowed by the Motion Picture Sound Editors. Oscar frontrunner “Dunkirk” reaped three bids across the seven film categories as did three of its Oscar rivals: “Baby Driver,” “Blade Runner 2049” and “The Shape of Water.” The fifth Oscar hopeful — “Star Wars: The Last Jedi” — reaped one bid.

The 65th annual edition of these awards will take place on Feb. 18 at the Westin Bonaventure Hotel in Los Angeles. Sound wiz John P. Fasal will be feted for his lifetime of achievement and Kathryn Bigelow is to receive the Filmmaker Award.

Last year, “Arrival” was shut out of its three races at the MPSE awards but got its revenge on “Hacksaw Ridge,” which had won two of those three awards, at the Oscars. One of those wins for the WWII drama was for the main prize of Sound Editing (Effects and Foley).

In 2016, eventual Best Sound Editing Oscar winner “Mad Max: Fury Road” tied with “The Revenant,” for that award. The pair prevailed over the other three Oscar nominees — “Sicario,” “Star Wars: The Force Awakens” and “The Martian” — as well as “Bridge of Spies,” “Room” and “Straight Outta Compton.”  “Star Wars: The Force Awakens” did win the music award while “Bridge of Spies” claimed dialogue and ADR.

SEE 2018 Oscars: Predictions in all 24 categories at the 90th annual Academy Awards

In 2015, “American Sniper” won here before going to to take Best Sound Editing at the Oscars.  Two of the other Oscar nominees — ” “Birdman” and “Unbroken” — won music and dialogue & ADR respectively. Oscar contender “Interstellar” was shut out.  And despite their being eight contenders in the guild equivalent of this Oscars race —  — the fifth Oscar nominee, “The Hobbit: The Battle of the Five Armies,” was snubbed in favor of “Captain America: The Winter Soldier,” “Dawn of the Planet of the Apes,” “Fury” and “Guardians of the Galaxy.”

In 2014, “Gravity” won this precursor prize before repeating at the Oscars. However, it didn’t sweep the MPSE as expected. It lost its other two bids: Best Dialogue and ADR went to “Captain Phillips” while Best Music Editing went to “The Great Gatsby.” The other three Oscar nominees for Sound Editing were shut out: “All is Lost,” “The Hobbit: The Desolation of Smaug,” and “Lone Survivor.”

In 2013, MPSE sound effects & foley champ “Skyfall” tied “Zero Dark Thirty,” which had been snubbed by the MPSE, for the Sound Editing Oscar. The other Oscar nominees were “Argo,” “Django Unchained” and “Life of Pi” which had won both the dialogue & ADR and music awards from the guild.

In 2012, “War Horse” won here but lost the Oscar to “Hugo.” The other Oscar nominees were “Drive,” “The Girl with the Dragon Tattoo” and “Transformers: Dark of the Moon.” “Super 8,” which led with three MPSE bids, won dialogue & ADR. It was snubbed by the Oscars in both sound categories.

In 2011, “Inception” won two of its three bids — sound effects & foley and music — while “The Social Network” won dialogue & ADR. “True Grit,” which won over the Cinema Audio Society for its sound mixing, was shut out. At the Oscars, “Inception” prevailed over “Toy Story 3,” “TRON: Legacy,” “True Grit” and “Unstoppable.”

In 2010, “Avatar” won the same two MPSE races as “Inception” but lost the Oscar race to “The Hurt Locker.” Among the other also-rans was “Inglorious Basterds” which had won the dialogue & ADR award at the MPSE.

FEATURE MUSICAL
“Beauty and the Beast”
“Coco”
“The Greatest Showman”

DOCUMENTARY
“An Inconvenient Sequel: Truth to Power”
“Bill Nye: The Science Guy”
“Eric Clapton: Life in 12 Bars”
“Hell on Earth: The Fall of Syria and the Rise of ISIS”
“Icarus”
“In Pursuit of Silence”
“Jane”
“Score: A Film Music Documentary”