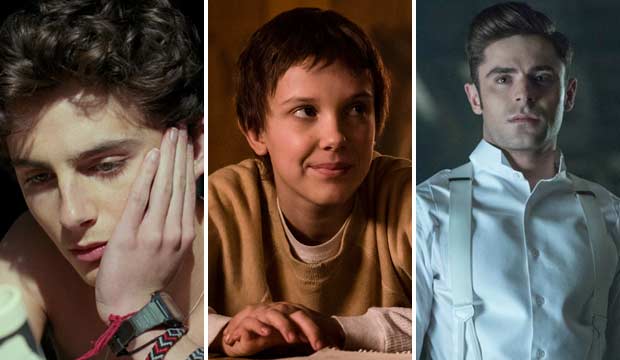 The 2018 MTV Movie and TV Awards will be handed out on Monday, June 18. Most of the nominees were announced on May 3, but the contenders for Best Musical Moment were only revealed on June 11. MTV announced eight candidates, so scroll down to see the contenders, and vote in our poll at the bottom of this post to let us know who you think deserves to win.

“Stranger Things” contends for a dance between Finn Wolfhard and Millie Bobby Brown to “Every Breath You Take” by The Police. That brings the show’s total nominations to seven, which ties it with “Black Panther” as the most nominated film or TV program of the year. Brown won Best Performance in a Show at last year’s awards, so we know she has the support of the MTV fans who vote online for these prizes. But she’s not the only fan favorite in contention here.

Zac Efron and Zendaya are nominated for their performance of “Rewrite the Stars” from the film “The Greatest Showman.” Efron is a longtime MTV favorite with 5 wins out of 11 nominations, including Best Male Performance for “High School Musical 3” (2009) and Best Shirtless Performance for both “That Awkward Moment” (2014) and “Neighbors” (2015). If only he had sung bare-chested he might be unbeatable.

Timothee Chalamet is also beloved by fans thanks to his Oscar nominated breakthrough performance as a lovelorn teenager in “Call Me by Your Name.” He doesn’t sing or dance in his nominated musical moment, but it was still one of the most memorable scenes of the last year. The end credits of “Call Me” rolled over a static shot of Chalamet crying as Sufjan Stevens sings “Visions of Gideon,” and that performance has earned him a bid in this race. He’s also up for Best Performance in a Movie.

See who else is up for the award below, and vote in our poll at the bottom of this post.

“Call Me by Your Name” (Elio crying through the end credits)

“Love, Simon” (“I Wanna Dance With Somebody” dream sequence)

“Stranger Things” (Mike and Eleven dance to “Every Breath You Take”)

“The Greatest Showman” (Phillip and Anne sing “Rewrite the Stars”)

“This Is Us” (Kate sings “Landslide”)