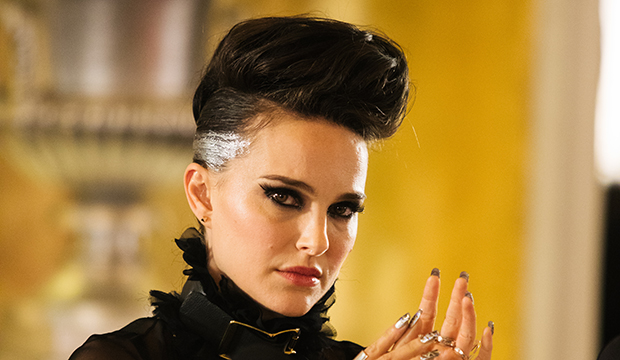 The Hollywood Foreign Press Association threw a curveball on Monday when it placed “Vox Lux” star Natalie Portman in the Best Film Drama Actress field for the Golden Globes instead of Neon’s requested supporting designation. Before the news, Portman was in eighth place in our Best Supporting Actress odds, with 10 people calling a win for her. The stacked lead field will be tougher for Portman to crack, but she’s already shot into the top 10 in our predictions.

Portman is currently in 10th place, with 100/1 odds, trailing Glenn Close (“The Wife”), Lady Gaga (“A Star Is Born”), Melissa McCarthy (“Can You Ever Forgive Me?”), Viola Davis (“Widows”), Yalitza Aparicio (“Roma”), Nicole Kidman (“Destroyer”), Julia Roberts (“Ben Is Back”), Saoirse Ronan (“Mary Queen of Scots”) and Toni Collette (“Hereditary”). Given her star power, and HFPA members swooning over her performance in the film and their penchant to go their own way sometimes, it’s entirely feasible for her to disrupt this year’s highly competitive lead battle. And with no signs of Portman’s supporting campaign changing, a nomination would certainly not provide the clarity many pundits are looking for in the race.

But just because the Globes promoted Portman, that doesn’t guarantee a nomination. Eight years ago, the HFPA shifted Hailee Steinfeld to lead for her breakout performance in “True Grit,” but she was ultimately snubbed; Steinfeld went on to earn supporting nominations at the Screen Actors Guild Awards, which uses a submitted ballot, the Oscars, where members can vote for performers in whatever category they chose. On the other end, the Globes placed Alicia Vikander (“The Danish Girl”) and Rooney Mara (“Carol”) in lead three years ago and nominated both, but they lost to Brie Larson (“Room”). They were nominated in supporting at SAG and the Oscars, with Vikander winning both.

Neon has been pushing Portman in supporting as she only appears in the second half of “Vox Lux.” The drama follows Celeste, a teen, played by Raffey Cassidy in the first half, who rises to pop superstardom after she performs a song at a memorial following a school shooting. Portman plays Celeste as an adult, hardened and scarred from life in the spotlight and her early trauma. Cassidy plays Celeste’s teen daughter in the second half.

Portman’s situation is akin to Dev Patel‘s in “Lion” (2016); he showed up in the second half of the film as the adult version of Saroo, who was played by Sunny Pawar as a child in the first hour. The Globes, however, honored “Lion”‘s supporting campaign for Patel and nominated him there.