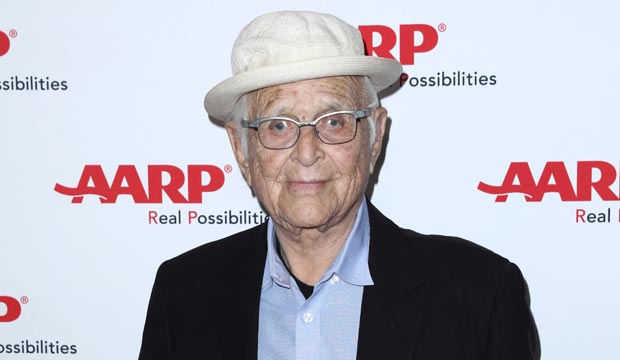 TV legend Norman Lear celebrated his 96th birthday this week at a star-studded event sponsored by AARP. Gold Derby was on-hand at the Sunset Tower Hotel and snagged red carpet interviews with Lear and the stars of some of his most popular television shows: Adrienne Barbeau (“Maude”), Marla Gibbs (“The Jeffersons”), and Jimmie Walker (“Good Times”). Scroll down and click on any name below to be taken to their full interview.

The event, hosted by Wendie Malick, was part of AARP’s inaugural TV for Grownups Honors. EGOT recipient Rita Moreno, who stars in the Netflix reboot of Lear’s “One Day at a Time,” presented the legendary producer with the award. And also in attendance were John Amos, who played Walker’s father in Lear’s “Good Times,” Ed Begley Jr., Frances Fisher, Robert Forster, Michael McKean, Bob Saget and many more.

SEE 2018 Emmy slugfest: Why Best Comedy Series is one of the most exciting races in years [WATCH]

Lear was king of the Emmys throughout the 1970s, winning four prizes for his groundbreaking series “All in the Family” (Best Comedy Series in 1971, 1972, and 1973; Best New Series in 1971). The show, a blunt examination of a working-class family in Queens, won acting prizes for all four of its main cast: Carrol O’Connor as bigoted blue-collar Archie Bunker (Comedy Actor in 1972, 1977, 1978, and 1979), Jean Stapleton as his “dingbat” wife Edith (Comedy Actress in 1971, 1972, and 1978), Rob Reiner as his hippie son-in-law Michael “Meathead” Stivic (Comedy Supporting Actor in 1974 and 1978), and Sally Struthers as his loving daughter Gloria (Comedy Supporting Actress in 1972 and 1979). It was the first series in history to take home Emmys for its entire regular cast, followed only by “The Golden Girls” and “Will & Grace.”

SEE 2018 Emmy slugfest: Our contributors react to drama nominations and duke it out over who will win [WATCH]

Additionally, Gibbs was nominated five consecutive times for Comedy Supporting Actress for “The Jeffersons” (1981-1985) as maid Florence Johnston, while actors like Redd Foxx (“Sanford and Son”), Sherman Hemsley (“The Jeffersons”), Louise Lasser (“Mary Hartman”), and Bonnie Franklin (“One Day at a Time”) all received individual nominations during their shows’ runs.

Lear was prolific on the big screen as well, earning an Oscar nomination for his original screenplay “Divorce American Style” (1967). For his body of work he has been inducted into the Television Hall of Fame, presented with the National Medal of Arts and the Peabody Lifetime Achievement Award, and was recently recognized as a Kennedy Center Honoree. He has remained active, serving as an executive producer on Netflix’s “One Day at a Time.”

Click on any name below to be taken to their full interview.