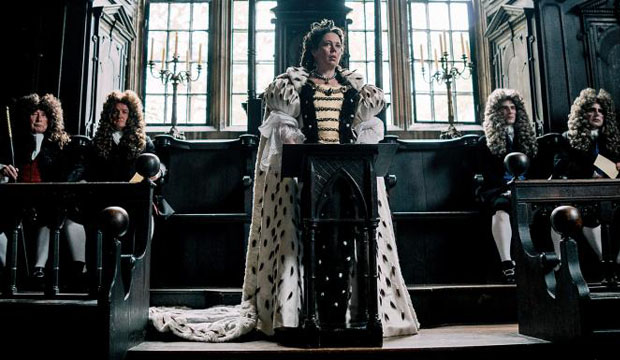 One of the biggest false assumptions about the Oscars is that they usually go to the biggest stars – you know, Meryl Streep, Daniel Day-Lewis again and again. But that’s not really true. More than half of the acting winners turn out to be names relatively unknown to the movie-going public (and, let’s be honest, to many academy members, too). That’s because voters love to make new discoveries.

Consider, for example, some recent Best Actress champs: Brie Larson in “Room” (beating Cate Blanchett in “Carol”) and Marion Cotillard in “La Vie en Rose” (clobbering Julie Christie in “Away From Her”), etc. Currently, superstar Lady Gaga (“A Star Is Born”) is out front to win, according to 13 out of 27 Experts who are making predictions at Gold Derby. Seven say 6-time loser Glenn Close (“The Wife”) will finally prevail. But is that really the race? What’s all this scuttlebutt we keep hearing about little-known Olivia Colman (“The Favourite”), who is the choice of 5 Experts? Some of the Experts picking her are such formidable Oscar know-it-alls as Anne Thompson (Indiewire), Glenn Whipp (L.A. Times) and Michael Musto.

Watch out: Take those predictions seriously. Colman can really topple both Gaga and Close. Really.

That scenario will start to become an obvious possibility in a few weeks when the New York and/or Los Angeles film critics’ groups probably pick her. The critics are going crackers for Colman – I hear it from them directly on both coasts. Especially voters for the Critics’ Choice Awards (of which I am a member), who are skeptical of giving their lofty acting trophy to a glitter queen (can Gaga really be taken seriously as a thespian?) or a familiar veteran (Close) in a rather low-energy drama?

Colman has a lot going for her:

* Her movie is distributed by Oscar-savvy Fox Searchlight, for chrissake. (“Three Billboards Outside Ebbing, Missouri,” “The Shape of Water,” “Birdman,” “12 Years a Slave,” etc.)

*  She may be relatively unknown to Yankees, but she’s a veteran British actress (winner of 3 BAFTAs), who’s been breaking into Hollywood in a big way of late. She won the Golden Globe for her role in AMC/BBC’s “The Night Manager” and she stars as Queen Elizabeth II in “The Crown” on Netflix.

* Olivia Colman delivers the most shocking screen turn that’s generating the most “serious” buzz in Hollywood. Sure, everybody’s talking about how amazing Gaga is in “Star,” but they knew that before seeing the movie thanks to all of the ecstatic whoops it got at early film festivals. “The Favourite” played well at the fests, too, but it wasn’t so widely seen. Colman’s performance is the one you discover yourself while making the rounds of industry screenings in LA or New York City during Oscar season. Viewers walk out of “The Favourite” with their jaws on the ground, gasping, “WTF! OMG!”

But viewers usually have a mischievous twinkle of delight on their faces after seeing it, too. That’s because Colman’s role as a pouty, gluttonous, lame, bratty, hot-headed British queen gradually takes over the film, becoming more and more grotesque, diabolical and outrageously fascinating.

Ultimately, Colman emerges as a kind of winking devil. Voters have adored lots of those of late: Allison Janney (“I, Tonya”), J.K. Simmons (“Whiplash”), Mo’nique (“Precious”), Christoph Waltz (“Inglourious Basterds,” “Django Unchained”), Daniel Day-Lewis (“There Will Be Blood”) and more. Granted, Colman’s role isn’t so blatantly evil as those others, but she still breaks out as a fabulous monster.

PREDICTMake your early Oscar predictions now. Change later. Can you beat our 27 Experts?