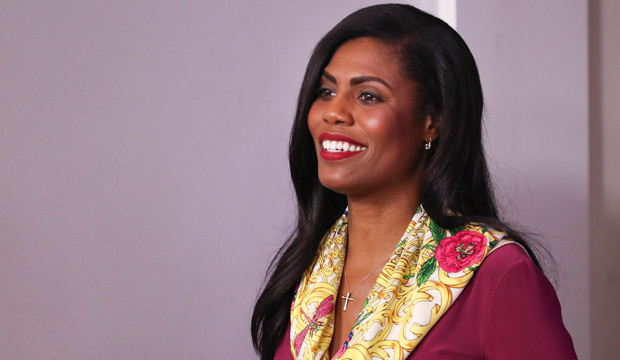 After leaving the White House in disgrace, Omarosa told ABC’s “Good Morning America” that she had “quite a story to tell” about her experience working in the Donald Trump administration. Thanks to CBS’s “Celebrity Big Brother,” that story will now be told. CBS announced during the 2018 Grammys that Omarosa has been cast in the first-ever celebrity edition of their popular reality TV show. Will she be able to resist gossiping about the inner-workings of President Trump’s White House?

Omarosa became a household name in 2004 when she starred in Season 1 of Trump’s “The Apprentice.” She returned four years later for the first cycle of “The Celebrity Apprentice.” Despite losing both competitions, Trump saw something special in the reality TV villain and hired her as a political aide during his administration. In December Omarosa resigned from her position under a cloud of mystery, with some reports saying she was forcibly removed from the White House by secret service.

“Celebrity Big Brother” premieres February 7 and concludes February 25 on CBS, opposite NBC’s Olympics. Julie Chen once again returns as host. Who do YOU think will win? Give us your early predictions down in the comments section.