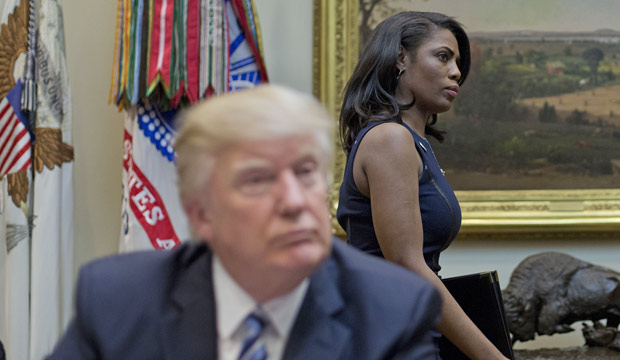 On Thursday’s second episode of CBS’s “Celebrity Big Brother,” Omarosa opened up about her time in the White House and, in true reality TV fashion, she did so by stabbing Donald Trump in the back. The White House “was 100% worse” than she thought it would be, an emotional Omarosa revealed to TV personality Ross Matthews. “I see pain when people talk to me about it, about how afraid they are. Even Keshia Knight Pulliam last night, for her to say that she thought I was a part of that is just not something that I feel good about, because that’s not something I was trying to do. That wasn’t me.”

Trump came to respect Omarosa after her stints on his reality competition show “The Apprentice,” so he hired her to be a political aide in his White House. However, after a year on the job, Omarosa was fired in December under a cloud of mystery. Now she’s finally able to tell America what she really thinks of President Trump.

“I was haunted by tweets every single day. Like, what is he gonna tweet next?” Omarosa readily admitted about the infamous tweeter-in-chief. “I mean, I tried to be that person [that stopped him] and then all of the people around him attacked me. It was like, ‘Keep her away, don’t give her access, don’t let her talk to him.'”

“It’s bad. It’s gonna not be okay,” a tearful Omarosa added about the future of the country. When Ross asked whether she’d ever vote for Trump again, Omarosa confessed, “God no. Never. In a million years, never.” Read our entire live blog recap of “Celebrity Big Brother” Episode 2 to see what else went down in the house Thursday night.

'Holmes and Watson' and Trump and McCarthy win at the Razzie Awards, but it wasn't all bad…

National emergency! How many Razzies will Donald Trump win this weekend? [POLL]