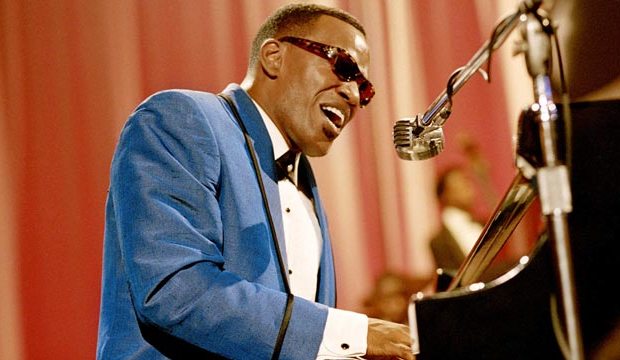 Among this year’s leading Oscar contenders for Best Actor is Emmy winner Rami Malek (“Mr. Robot”) for his star turn as the late Freddie Mercury, the legendary lead vocalist of the rock band Queen,  in “Bohemian Rhapsody.” Should Malek reap an Oscar bid, he will mark the 12th leading man to date recognized for his portrayal of a real-life musician.

First to achieve this feat was James Cagney, nominated for his lively depiction of Broadway composer and performer George M. Cohan in “Yankee Doodle Dandy” (1942). On Oscar night, Cagney was triumphant, scoring the lone Oscar of his storied career.

Later in the decade, a pair of actors earned recognition for portraying real-life musicians, the first being Cornel Wilde, up for his performance as Polish pianist Frederic Chopin in “A Song to Remember” (1945). The following year, Larry Parks was a nominee for portraying singer and actor Al Jolson in “The Jolson Story” (1946). Neither Wilder nor Parks prevailed.

Remarkably, not a single leading man earned an Oscar nomination for playing a real-life musician during the 1950s or 1960s. The sole contender in the 1970s was Gary Busey, recognized for taking on the role of rock and roll icon Buddy Holly in “The Buddy Holly Story” (1978). Like Wilde and Parks, Busey did not take home the Oscar, nor has he scored another nomination since.

In 1984, director Milos Forman‘s “Amadeus” dominated the Oscars, claiming 8 prizes from 11 nominations. Among the picture’s nominees were F. Murray Abraham and Tom Hulce, recognized for their portrayals of composers Antonio Salieri and Wolfgang Amadeus Mozart, respectively. Abraham was victorious on the big night.

The 1990s found two actors up in Best Actor for turns as real-life musicians. First, there was Laurence Fishburne, nominated for portraying R&B bandleader Ike Turner in “What’s Love Got to Do with It” (1993). Unlike Fishburne, Geoffrey Rush took home the Oscar, three years later for his turn as Australian pianist David Helfgott in “Shine” (1996).

In the following decade, Adrien Brody pulled off one of the all-time great Best Actor upsets for his portrayal of classical composer Wladyslaw Szpilman in “The Pianist” (2002). Two years later, Jamie Foxx was also triumphant, his turn as beloved musician Ray Charles in “Ray” (2004) steamrolling the awards season. Most recently, the year following Foxx’s win, Joaquin Phoenix earned a nomination, though not the win for his turn as country music icon Johnny Cash in “Walk the Line” (2005).