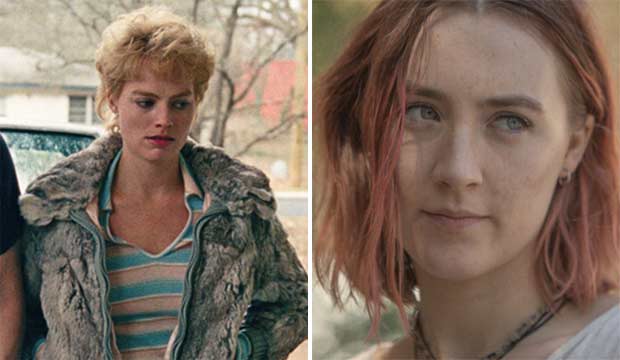 Who will be the five Best Actress nominees at this years Oscars? Over the past three months, Gold Derby has hosted webchats and other interviews with 7 of this years contenders. They include previous nominees and first-time possibilities. Click on any name below to be taken to their full interview:

Stephanie Beatriz (“The Light of the Moon”): Beatriz plays Bonnie, a New York professional who is attacked and raped after a night out, and must learn to live with the trauma that results. The actress is best known for her role on “Brooklyn Nine-Nine,” which brought her a SAG Ensemble nomination in 2015. (click here to be taken to her full interview)

Jessica Chastain (“Molly’s Game”): In this biographical drama from Aaron Sorkin, Chastain portrays Molly Bloom, an Olympic-class skier who ran the world’s most exclusive high-stakes poker game before becoming an FBI target. A previous Oscar nominee for “The Help” (Supporting in 2011) and “Zero Dark Thirty” (Lead in 2012), Chastain has reaped Golden Globe and Critics Choice nominations for the film. (click here to be taken to her full interview)

Zoe Kazan (“The Big Sick”): In this autobiographical comedy, Kazan plays Emily, a woman dating a Pakistani comedian (Kumail Nanjiani) who falls into a medically-induced coma. An Emmy contender for “Olive Kitteridge” (Movie/Mini Supporting Actress in 2015), Kazan recently received a SAG Ensemble nomination for the film. (click here to be taken to her full interview)

Diane Kruger (“In the Fade”): Kruger plays Katja, a woman who seeks revenge after her husband and son are killed in a bomb attack. The German-born star received a SAG nomination as Best Supporting Actress for “Inglourious Basterds” (2009) and won the Best Ensemble prize for that film. (click here to be taken to her full interview)

Brooklynn Prince (“The Florida Project”): Prince plays Moonee, a precocious six-year-old who courts mischief with her friends and rebellious mother (Bria Vinaite) while living in a budget motel in Florida. Prince contends at the Critics Choice Awards as Best Young Actor/Actress. (click here to be taken to her full interview)

Margot Robbie (“I, Tonya”): In this biographical comedy, Robbie plays notorious figure skater Tonya Harding, whose promising career was cut short when her ex-husband (Sebastian Stan) conspired to break the leg of one of her Olympic competitors. Robbie has received Golden Globe, SAG, and Critics Choice nominations for the role. (click here to be taken to her full interview)