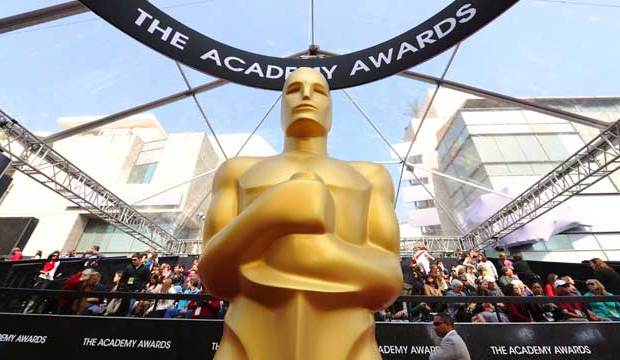 “Three Billboards Outside Ebbing, Missouri” swept the SAG Awards on Sunday, with three wins for the cast, leading lady Frances McDormand and supporting player Sam Rockwell. Those latter two victories came at the expense of “The Shape of Water” nominees Sally Hawkins and Richard Jenkins. Their fantasy film had won the top prize at the PGA Awards on Saturday and those precursors have a stellar rate at predicting the Best Picture Oscar winner.

However, “The Shape of Water” was shut out of the ensemble race at SAG. In the 23-year history of these awards bestowed by the Screen Actors Guild, only one film — “Braveheart” — has overcome that snub and gone on to win Best Picture at the Academy Awards. Last year, “La La Land” was not nominated in this SAG category and lost the top Oscar to “Moonlight,” whose cast had contended for this guild award.

Like “Three Billboards,” “Moonlight” too had three SAG Awards nominations. While the cast lost to “Hidden Figures” and supporting actress Naomie Harris was bested by eventual Oscar winner Viola Davis, Mahershala Ali added another supporting actor award on his way to the Oscar stage.

As “The Shape of Water” supporters point out, the track record of the SAG ensemble award as a preview of the Best Picture Oscar champ is not stellar. Indeed, only 11 of the 23 winners of this trophy have gone on to claim the big prize at the Academy Awards.

In favor of a Best Picture win at the Oscars for “Three Billboards” is the fact that the PGA has gotten it wrong for the last two years running. In 2016 “The Big Short” took the PGA award while “Spotlight” went home with the top Oscar. And last year, “La La Land” won over the members of the guild while “Moonlight” was the academy favorite.

But, say “The Shape of Water” fans, the PGA did preview the first six of the eight Best Picture winners since the academy expanded the category in 2010. So, were these last two years the exception or the new rule?

After all, the guild adopted the same way of voting by preferential ballot as the academy when the category went to 10 nominees in 2010. It has a membership roughly equivalent to that of the academy. And like the academy, the PGA has a mandate to add more women of all colors and minority men.

However, its efforts, while laudable, have not matched those of the academy, which has seen its roster grow by a whopping 20% in just three years. A record 7,258 members of the motion picture academy are eligible to vote for this year’s Oscars.

In 2015, there were 6,124 voting members of the motion picture academy. The Best Picture winner that year was “Birdman” as it had been at the PGA (and the SAG Awards in that guild’s equivalent category to Best Picture, best ensemble).

In 2016, the number of Oscar voters was 6,261 and their ultimate choice was “Spotlight.” While the PGA had picked “The Big Short,” the Screen Actors Guild had gone with the cast of “Spotlight.” Both films could boast of one individual SAG nomination but neither Christian Bale (“The Big Short) or Rachel McAdams (“Spotlight”) won their respective races.

In 2017, the academy rolls jumped to 6,687. The winner of the PGA prize was “La La Land” but its overall cast was snubbed at the SAG Awards. Stars Ryan Gosling and Emma Stone competed individually at SAG with the latter winning. The eventual Oscar winner for Best Picture, “Moonlight,”