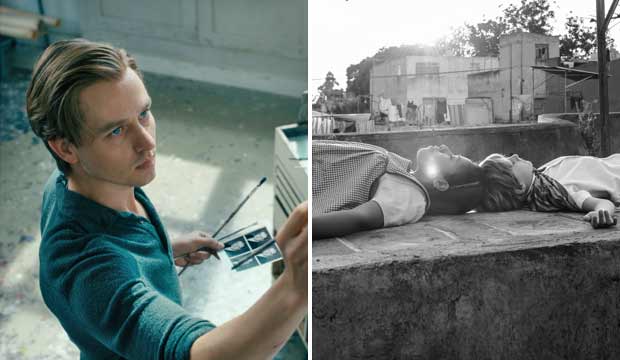 Mexico has never won the Oscar for Best Foreign Language Film, but it looks like that drought is about to end thanks to “Roma,” which is a rare foreign language film that is also an Oscar contender for Best Picture. However, our southern neighbor also looked like a sure bet to win 12 years ago for “Pan’s Labyrinth” (2006) only to be upset by Germany’s “The Lives of Others.” Now the director of that film, Florian Henckel von Donnersmarck, is back with another Foreign Film contender, “Never Look Away.” Will history repeat itself?

Alejandro Gonzalez Inarritu was the man behind “Amores Perros” and “Biutiful,” but he later won four Oscars in two years for “Birdman” (2014) and “The Revenant” (2015), including back-to-back Best Director prizes. Guillermo Del Toro‘s “Pan’s Labyrinth” was disappointed for Best Foreign Film, but he just won Best Picture and Best Director for “The Shape of Water” (2017). And though Alfonso Cuaron has never had a movie up for Best Foreign Language Film, he did win Oscars for directing and editing “Gravity” (2013).

Oscar voters have historically preferred European films to cinema from elsewhere on the globe. Eight nations have won three times or more, and seven of them are in Europe: Italy (14 wins), France (12), Spain (4), Sweden (3), Denmark (3), Soviet Union (3) and the Netherlands (3). The only non-European nation in the top eight is Japan, which has won four times. Germany, meanwhile, has prevailed twice.

But the Oscars’ tastes in international cinema have been expanding as academy membership gradually diversifies. Out of the last 10 winners, 5 have come from outside of Europe, including two from Iran (“A Separation” in 2011, “The Salesman” in 2016) and two from Latin America (Argentina’s “The Secret in Their Eyes” in 2009, Chile’s “A Fantastic Woman” in 2017).

Joining “Roma” and “Never Look Away” on the academy’s shortlist for Oscar nominations are “Birds of Passage” (Colombia), “The Guilty” (Denmark), “Shoplifters” (Japan), “Ayka” (Kazakhstan), “Capernaum” (Lebanon), “Cold War” (Poland) and “Burning” (South Korea). “Roma” is the only film in that lineup predicted to be nominated for Best Picture, and Cuaron is tipped to win Best Director again, so will it be smooth sailing for Mexico’s first Oscar, or could there be another upset?