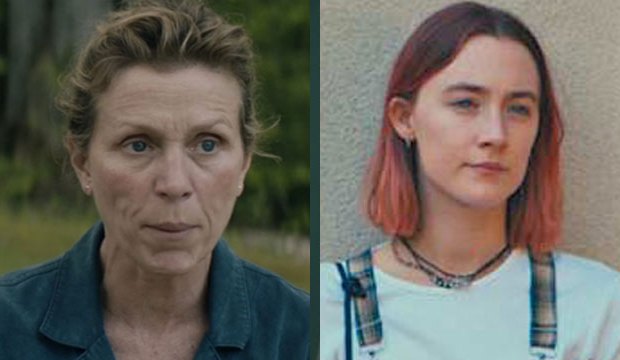 As Gold Derby covered last year when the two prime Oscar candidates for Best Actress were Emma Stone (“La La Land”) and Isabelle Huppert (“Elle”), this race often comes down to a young woman who is a relative newcomer taking on a veteran actress who has been around a long time. As you can see in our photo gallery below, most of these contests end with the ingenue winning. A shocking academy statistic is that over 30 women have won Best Actress before their 30th birthday whereas only one such man (Adrian Brody, “The Pianist”) has prevailed for Best Actor. The difficulty in women over a certain age face in getting good roles in film is probably an explanation for this statistical difference.

The 2018 Oscar race has once again come down to the ingenue vs. the veteran. Currently on Gold Derby’s Oscar charts the veteran Frances McDormand (“Three Billboards Outside Ebbing, Missouri”) is in first place with 23-year-old “Lady Bird” star Saoirse Ronan (who is already on her third nomination) in second place. That seems to set up the frequent dynamic of the ingenue vs. the long-time star once again.

The only thing complicating definitively classifying the race as such is the presence of Sally Hawkins (“The Shape of Water”) who is in third place and sort of falls in between the age range of ingenues and veterans. See more 2018 Oscar predictions for Best Actress.

The oddest part of this year’s race (which seemed to have been a cakewalk to the podium for McDormand) is McDormand’s acceptance speech at the SAG Awards. While actresses such as Nicole Kidman and Reese Witherspoon have recently spoken out at awards shows that their highly successful TV miniseries “Big Little Lies” grew out of their frustration with the lack of film offers older actresses receive, McDormand seemed to take the opposite approach. At the end of her speech she somewhat scolded voters for giving the award to her and not to one of the young actresses coming up in the business. She also comically (perhaps? it is often hard to tell with McDormand) referred to the coveted trophies as “doorstops.”

Was Frances telling voters she didn’t want anymore? Did she want Oscar voters to pick Ronan, or even fourth place ranked Margot Robbie for “I, Tonya”? And will academy voters listen to her, meaning the ingenue will once again beat the veteran?

Top 10 Best Actress Oscar Races: The Ingenue vs. The Veteran 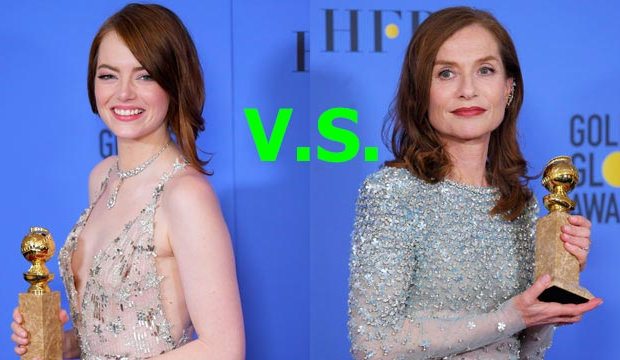