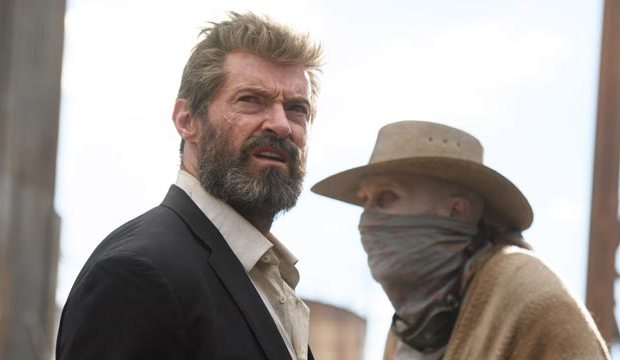 It’s no secret that superheroes have taken over Hollywood, but the Academy Awards is one area these caped crusaders can’t seem to dominate. Plenty of pundits thought that could change after 2017 saw the release of a plethora of superhero flicks that pleased audiences and critics alike. DC and Marvel stormed multiplexes with “Logan,” “Guardians of the Galaxy Vol. 2,” “Spider-man: Homecoming,” “Thor: Ragnarok,” and “Wonder Woman.” These lauded films could have Oscar voters embracing this popular film genre.

But that didn’t happen. “Wonder Woman” was one of the most talked about picture of the year. It was the first studio superhero movie to be directed by a woman and feature a female hero on a solo adventure. Gal Gadot’s Amazonian warrior lit up the box office and is largely credited with turning around DC’s sputtering film series. The Producers Guild named it one of the year’s best films, prompting pundits to ponder its chances for Costume Design, the Sound categories, and even Best Picture. But on Oscar morning, the academy snubbed the film entirely.

Academy voters decided instead to embrace two unconventional hero films from earlier in the year. “Logan,” a gritty western devoid of genre cliches, was the swan song for Hugh Jackman’s Wolverine and Patrick Stewart’s Charles Xavier. The actors failed to make the cut, but screenwriters James Mangold and Scott Frank were nominated for Adapted Screenplay. This marks the first time a superhero film has been nominated in this category.

On the opposite side of the spectrum, Disney and Marvel’s boisterous and colorful “Guardians of the Galaxy Vol. 2” pulled off a surprise nomination in Visual Effects. Though it shoved aside Best Picture nominees “Dunkirk” and “The Shape of Water” for its spot, the film failed to get a Makeup/Hairstyling mention like the first installment did. So that means Oscar’s would-be “Year of the Superhero” only amounted to two total nominations.

That number is on par with last year. At the 2017 Oscars, “Suicide Squad” was nominated (and won) Best Makeup/Hair-styling, and “Doctor Strange” was nominated for Visual Effects. 2018 heroes can at least say they did better than the 2016 Oscars, where no film from the genre was feted.

Perhaps voters were overwhelmed with too many choices, and the superhero vote was split among the many films. But that didn’t stop the genre from finding five nominations at the 2015 Oscars. “Guardians of the Galaxy” received its aforementioned bids for Makeup/Hair-styling and Visual Effects, “Big Hero 6” won Best Animated Feature, and both “Captain America: Winter Soldier” and “X-Men: Days of Future Past” helped fill out the Visual Effects category.

Of course, none of these years come close to the 2009 ceremony, where Christopher Nolan’s “The Dark Knight” was infamously left off the Best Picture lineup. The snub prompted an increased number of Best Picture nominations the following year. Still, this Batman instant classic found eight nominations, including two wins for Sound Editing and Supporting Actor (for the late Heath Ledger). Batman was joined by “Iron Man,” with nominations for Visual Effects and Sound Editing, and “Hellboy II: Golden Army” which was nominated for Makeup. These heroes accounted for a combined eleven nominations. The best showing the genre has had at the Oscars.

It seems like superheros won’t be able to take over the Oscars until a film from the genre becomes a major Best Picture player. Luckily for fans, there is no end in sight for these epic films. Which means plenty more chances for Oscar glory in the years ahead.

2018 Oscars predictions slugfest: We make those difficult categories like the shorts easy to predict…

Hutch Parker ('Logan' producer): X-Men 'Wolverine' film was meant to 'be bold and shake it up a little…