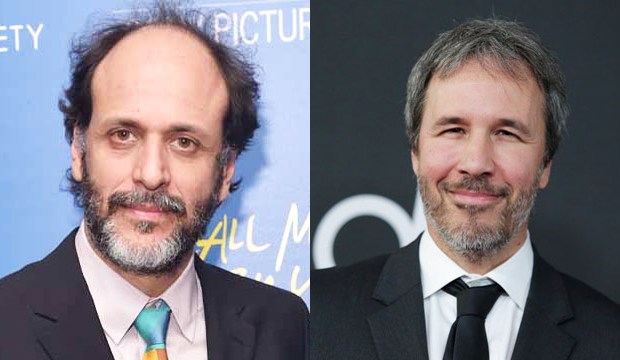 Filmmakers Denis Villeneuve (“Blade Runner 2049”) and Luca Guadagnino (“Call Me by Your Name”) were snubbed by the Directors Guild Awards, but both scored BAFTA bids. Since the British academy moved up its awards to precede the Oscars starting in 2000, five of its nominees for Best Director have made it in at the Academy Awards despite being left off the DGA roster. Can Villeneuve and Guadagnino do the same?

Back in 2000, Stephen Daldry was on the hunt for an Oscar for “Billy Elliot.” Things started out badly when he was snubbed by both the Golden Globes and the DGA. That year three directors contended at the Golden Globes, DGA Awards, and BAFTAs on their way to Oscar nominations: Ang Lee for “Crouching Tiger, Hidden Dragon,” Ridley Scott for “Gladiator” and Steven Soderbergh for both “Erin Brockovich” and “Traffic.” With the fifth slot still up for grabs, English filmmaker Daldry scored an unexpected nomination for Best Director on his home turf, the BAFTAs, and parlayed that into an Oscar nomination of his own.

Jump ahead to 2004, when Mike Leigh was left out at both the Globes and DGA Awards for “Vera Drake.” That year four directors showed up at both of those awards: Clint Eastwood for “Million Dollar Baby,” Martin Scorsese for “The Aviator,” Alexander Payne for “Sideways” and Marc Forster for “Finding Neverland.” At the BAFTAs “Million Dollar Baby” was not eligible and Payne was snubbed. In a moment of British flag-waving, home-grown legend Leigh won that award and was able to follow that up with an Oscar nomination. Taylor Hackford (“Ray”) would pick up the last slot from the academy, bumping Forster.

Two years later, in 2006, Paul Greengrass was passed over by both the Globes and DGA for “United 93.” Three directors were nominated at the Globes, DGA Awards, and BAFTAs that time around on their way to Oscar noms: Scorsese for “The Departed,” Alejandro Gonzalez Inarritu for “Babel,” and Stephen Frears for “The Queen.” Going back to his native soil again proved kinder for the Brit as Greengrass won the BAFTA and secured one of the last two spots up for grabs at the Oscars with Eastwood (“Letters from Iwo Jima”) taking the last one.

Daldry had a case of awards deja vu in 2008 when the DGA snubbed him again, this time for “The Reader,” even after he scored a Golden Globe nomination. Three directors that year scored Globe, DGA, BAFTA, and then Oscar bids: Danny Boyle for “Slumdog Millionaire,” David Fincher for “The Curious Case of Benjamin Button” and Ron Howard for “Frost/Nixon.” But Daldry recovered again, scoring a BAFTA bid and another Oscar nomination, with Gus Van Sant (“Milk”) taking the last slot.

In 2012, one of the most topsy-turvy Best Director races in recent history, Michael Haneke (“Amour”) was snubbed by both the Globes and DGA. That year saw only one director score a nom at all three precursors and also receive an Oscar nomination: Lee for “Life of Pi.” That was the infamous year when Ben Affleck won the Globe, DGA Award, and BAFTA for “Argo” but wasn’t even nominated for an Oscar. With so much up in the air, Haneke was able to ride the wave of his BAFTA nomination and the industry’s love of “Amour” into a surprise nomination from the motion picture academy.

Guadagnino has primarily worked in documentaries and short films in addition to a couple of critically acclaimed indies, “I Am Love” (2009) and “A Bigger Splash” (2015), but this is his first big foray into the Oscar race. Plenty of filmmakers have been nominated — and won — with far less experience, so his chances will depend on how fully the academy embraces his coming-of-age love story, which under-performed at the Globes and SAG Awards.

Villeneuve, on the other hand, received DGA, BAFTA, and Oscar nominations for bringing “Arrival” to the big screen just last year. “Blade Runner 2049,” a highly anticipated sequel to the original 1982 film, was not a box office smash, but like “Arrival” it’s expected to do well below the line, and academy voters might want to make it up to “Blade Runner” after mostly snubbing the now-classic original film.

So what kind of opposition do Guadagnino and Villeneuve face? This year three directors have shown up at the three major precursors, the Globes, DGA Awards, and BAFTAs: Guillermo Del Toro for “The Shape of Water,” Christopher Nolan for the WWII epic “Dunkirk,” and Martin McDonagh for “Three Billboards Outside Ebbing, Missouri.” All three are expected to score Oscar nominations according to our latest predictions with Del Toro currently in first place with odds of 19/10. Nolan sits in second with odds of 7/2, and McDonagh is in fourth place with odds of 8/1. This potentially leaves two open spots with as many as six directors fighting it out for them.

In addition to Del Toro, Nolan, and McDonagh, the DGA embraced two actors-turned-directors, both with critical and box office hits: Greta Gerwig (“Lady Bird”) and Jordan Peele (“Get Out”). Gerwig is currently in third place in our Oscar predictions with odds of 11/2. She is attempting to become the first woman nominated since Kathryn Bigelow won for “The Hurt Locker” (2009), and she’d be only the fifth woman nominated in the history of the awards. Right on her heels is Peele in fifth place with odds of 11/1. His bid would also be historic as he would be only the fifth black director ever nominated for the prize.

While the DGA went bold, the Golden Globes chose two elder statesmen to round out their lineup: Steven Spielberg (“The Post”) and Ridley Scott (“All the Money in the World”). The late debut of “The Post” could have contributed to Spielberg’s DGA snub, and now he sits in sixth place with odds of 22/1. Meanwhile, Scott gained newfound industry respect after re-shooting Kevin Spacey’s “All the Money” scenes with Christopher Plummer in just nine days, so he could get in on admiration alone, but he’s an underdog in 16th place with odds of 100/1.

It would be ironic if Villeneuve should receive a Best Director nomination over Scott since Scott was the one who directed the original “Blade Runner.” But Villeneuve will need just as much luck as Scott this year as he sits in 12th place with odds of 100/1. Guadagnino is in a better position for his passionate love story, and sits in seventh place with odds of 33/1. So who will break through, and who will be left out in this unusually crowded field?