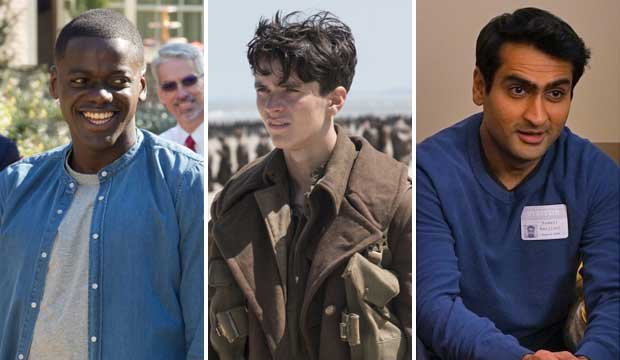 It’s a recurring frustration during Oscar season that so many high-minded prestige films are crammed into the last two months of the year, but does it have to be that way? This year there are a trio of Best Picture contenders that could start to chip away at the conventional wisdom that later is better: “Get Out,” “Dunkirk,” and “The Big Sick.” Those films all opened by the midpoint of the year, so if they succeed, might we start to see more films move away from the fall gauntlet?

Of course there are good reasons for films to continue to open late, and not just the obvious motivation of making a strong last impression on awards voters who may be biased towards what they’ve seen most recently. Opening in November and December also affords a studio the opportunity to promote a film to audiences and awards voters at the same time — killing two birds with one stone, or rather with one promotional budget.

And there’s another financial incentive, especially for films that release at the very end of the year. Though December movies have been at a disadvantage in recent years in terms of winning Best Picture, a number of Oscar movies released at the very last minute have made a killing at the box office when they’ve been in theaters in January and February to coincide with the announcement of nominees and winners. Consider “American Sniper” (2014), which grossed $547 million worldwide; “The Revenant” (2015), which made $532 million; and “La La Land” (2016), which cleaned up with $446 million. They may not have won Best Picture, but in Hollywood money talks.

But there are advantages to opening earlier in the year. If you’re an unconventional film like the satirical horror movie “Get Out,” which opened in February, it gives critics, audiences, and industry types time to digest it. “Get Out” was a huge box office hit, but its reputation as an important, culturally relevant film developed over time through continued discussion and word-of-mouth. If it had opened in the fall amid dozens of more traditional awards movies, I think it’s unlikely that industry insiders would have given it a chance.

And there’s also money to be made when the market isn’t as saturated with prestige fare. “Get Out,” “The Big Sick” (released in June), and “Dunkirk” (released in July) were all moneymakers; their critical acclaim set them apart from other films in theaters at the time and gave them room to breathe. In addition, they were able to get ahead of the heightened expectations that sink a number of hotly anticipated fall films. And spring and summer movies can pair their home-video promotion with their Oscar campaigns later in the year, with the added benefit that it’s cheaper to send mass-market DVDs to awards voters than to create special awards screeners while the film is still in theaters.

And Oscar voters have shown that, provided the film has an awards campaign in the fall, they’ll remember movies that open earlier. A number of pre-fall films have earned Best Picture noms in recent years, including “Winter’s Bone” (June 2010), “Midnight in Paris” (May 2011), “The Tree of Life” (May 2011), “Beasts of the Southern Wild” (June 2012), “The Grand Budapest Hotel” (March 2014), “Boyhood” (July 2014), “Mad Max: Fury Road” (May 2015), and “Hell or High Water” (August 2016). Some of those were blockbusters that would have been hard to forget under any circumstances, but others were understated indies that held up in the public consciousness until the end of the year.

So that’s even more reason to root for “Get Out,” “Dunkirk,” and “The Big Sick” at the Oscars. They could encourage Oscar movies to spread out throughout the year.