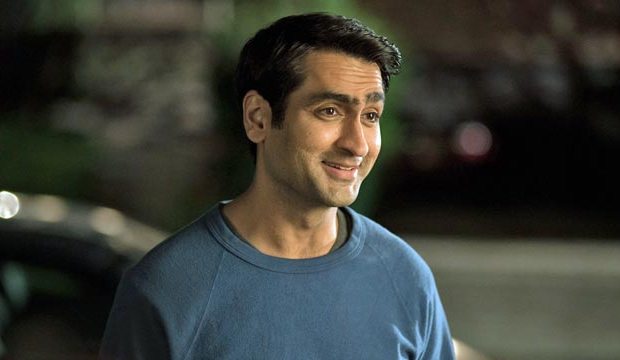 Kumail Nanjiani was best known as a stand-up comedian and one of the stars of HBO’s “Silicon Valley.” But he took that classic advice to “write what you know” literally and penned “The Big Sick” with his wife Emily V. Gordon about how they met and fell in love, and how in the midst of that she fell gravely ill. Now the couple is nominated for an Oscar for Best Original Screenplay, and if “The Big Sick” wins not only would it be a fairy-tale ending for the pair, but Nanjiani would make history as the first person of Asian descent to win for writing.

Hanif Kureishi, who like Nanjiani is of Pakistani descent, made history as the first Asian writer nominated for Best Original Screenplay for “My Beautiful Laundrette” (1986). Then Indian-born M. Night Shyamalan revolutionized storytelling with his original screenplay for “The Sixth Sense” (1999) and reaped a nomination 13 years later. The next year Taiwanese scribes Wang Hui-ling and Tsai Kuo Jung made Oscar history as the first — and to date only — Asian writers nominated for Best Adapted Screenplay for “Crouching Tiger, Hidden Dragon” (2000). Six years later Japanese-American writer Iris Yamashita (with co-writer Paul Haggis) earned a bid for “Letters from Iwo Jima” (2006). And Filipino Ronnie del Carmen was a part of the writing team nominated for the original animated film “Inside Out” (2015).

This year’s entire lineup for Best Original Screenplay is one of the most diverse in Oscars history with women and people of color represented throughout the list of contenders. It also happens to be one of the most competitive categories at this year’s Oscars. “The Big Sick” may be at a disadvantage as it’s the only film in this race without a corresponding Best Picture nomination. And our predictions currently reflect this as it’s in last place with odds of 80/1. But turning their own story into a feature film gives Nanjiani and Gordon a heartwarming behind-the-scenes narrative that could appeal to voters, and should they pull off a win it could send the Best Picture race into even more of a tailspin than it’s been in already as to what will happen when the big envelope is opened.

Should Nanjiani and Gordon win they would become the third married couple and to win Best Original Screenplay and the first in 32 years. Muriel Box and Sydney Box prevailed for “The Seventh Veil” (1945). They were followed by Earl W. Wallace and Pamela Wallace (with co-writer William Kelley) for “Witness” (1985). It’s hard to imagine a more fitting Hollywood happy ending.

MAKE YOUR PREDICTION: Who's out front to win Best Original Screenplay?
To save your prediction, you must log in to Gold Derby. Click here to sign in with existing account -- or create a new one.
PREDICTthe Oscar winners now; change them until March 4