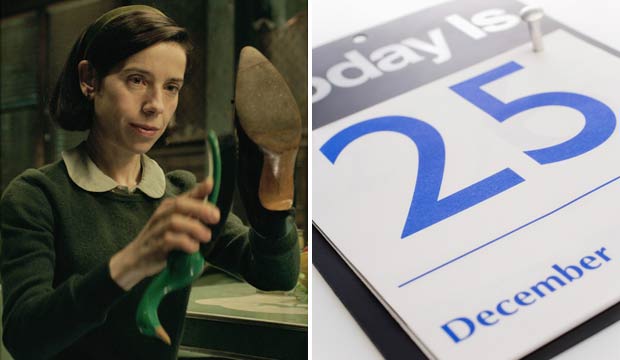 “The Shape of Water” was an unconventional Oscars choice for Best Picture in many ways: the amphibian romance, the fantasy elements, the female-centered story. And it was the first film since “Braveheart” (1995) to win without a corresponding SAG Award nomination for its ensemble. So it might have gotten lost in the shuffle that the film bucked another significant trend: it opened on December 1, which makes it the first December release to win Best Picture since “Million Dollar Baby” (2004).

The conventional wisdom is that it’s advantageous to release films late in the year to make a strong last impression on Oscar voters, and that still tends to be true. It’s relatively rare to see top Best Picture contenders released before September. But there’s a limit to how late an impression you want to make. Starting with the 2004 ceremony honoring the best films of 2003, the Oscars telecast moved up a month from late March to late February (or early March if it was a Winter Olympics year like 2018 was). And since then the only two December releases to win Best Picture had been “The Lord of the Rings: The Return of the King” (opened December 17, 2003) and “Million Dollar Baby” (opened December 15, 2004).

In general, November appears to be the Oscars sweet spot. Of the 12 Best Picture winners that preceded “The Shape of Water,” seven had at least a limited release in November. Three others were released in October. And the remaining two were out by the summer. Even a dominant film like “La La Land” couldn’t turn a December release date into Oscar gold even though it had won everything else during the awards season that wasn’t nailed down.

Check out the release dates for those Oscar champs below: