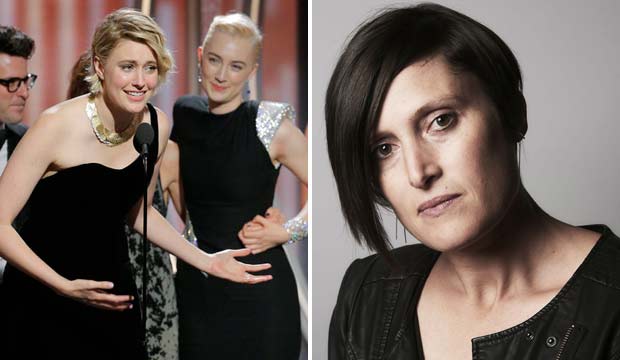 The Academy Awards have been criticized in recent years for their lack of inclusion of women. But on Tuesday morning they proved they could keep up with the changing industry by nominating Greta Gerwig for Best Director (“Lady Bird”), Rachel Morrison in a historic bid for Best Cinematography (“Mudbound”), and nominating four women for Best Actress whose films are among the Best Picture contenders. The Oscars do actually love women.

I am aware that the current climate in Hollywood helped to make this happen. The beginning of the award season last fall was mired in controversy: instead of pondering what films and performers might be up for top showbiz prizes, the focus turned to the sexual assault and harassment claims that have taken down once powerful men — most notably Harvey Weinstein, who was even expelled from the academy. These revelations popularized the #MeToo movement and “Time’s Up” campaign for women seeking justice.

Gerwig, primarily known for her work in front of the camera, received her first two nominations for Best Director and Best Original Screenplay. Women directors have been ignored for nine years since Kathryn Bigelow made history as the first woman to win Best Director for “The Hurt Locker” (2009). Her nomination is all the more astonishing because of the inclusion of another actor-turned-director alongside her: Jordan Peele (“Get Out“). Many worried that the academy would be reluctant to nominate two relatively new actor-directors, but they both made the cut.

Gerwig is not only the fifth woman nominated but the first who had been primarily known as an actress. This stat is bittersweet when you consider Barbra Streisand was snubbed for Best Director even after she received a Golden Globe and DGA nomination for her work behind the camera for “The Prince of Tides” (1991).

Hearing the cheers from the press upon the announcement of “Mudbound’s” nomination for Best Cinematography signaled the importance of Morrison’s inclusion. She made history just by being nominated since she’s the first female cinematographer ever to earn a bid. Her face on the Oscar telecast as one of the nominees will serve as inspiration to women who may dream of following in her footsteps.

Sally Hawkins (“The Shape of Water”), Frances McDormand (“Three Billboards Outside Ebbing, Missouri”), Saoirse Ronan (“Lady Bird”) and Meryl Streep (“The Post”) all received Best Actress nominations, which is significant because all of their films were also nominated for Best Picture. Making this even more special is that they’re the actual leads of their respective films and not a secondary co-lead to a central male role. Should any of them win with their respective films it will be the first time since Hillary Swank and her film “Million Dollar Baby” won 13 years ago that Best Actress and Best Picture go hand in hand.

SEE2018 Oscars diversity: Strong year for black, Latin American, and female artists and stories with ‘Get Out,’ ‘Lady Bird,’ and more

But as much as the academy should take pride in their revived love of women they cannot rest on their laurels. Remember that after “12 Years a Slave” (2013) won Best Picture the academy faced two years of #OscarsSoWhite backlash. If they do not truly learn from their past mistakes, they’re doomed to repeat them.