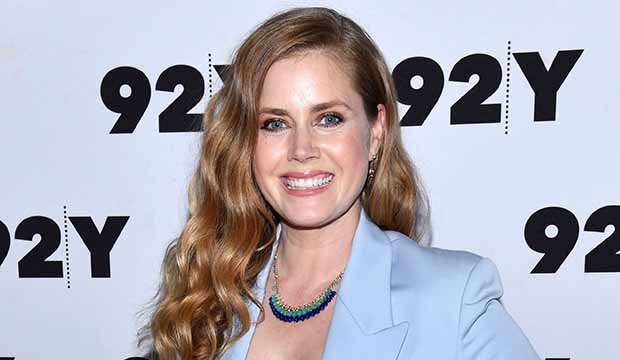 Gold Derby can exclusively confirm that five-time Oscar nominee Amy Adams will compete as Best Supporting Actress for the 2019 Academy Awards. It had been speculated for months if her role in “Vice” would be lead or supporting. In fact, it was so uncertain that we have had her listed in both the lead and supporting categories until the studio could confirm.

The trailer for the long-awaited project from director and writer Adam McKay just dropped late last week. It stars Christian Bale as former U.S. Vice President Dick Cheney and Adams as his wife Lynne. Others co-stars include Sam Rockwell as George W. Bush, Steve Carell as Donald Rumsfeld, Tyler Perry as Colin Powell and Alison Pill and Lily Rabe as the Cheney daughters. McKay won an Oscar for Best Adapted Screenplay for the 2015 film “The Big Short,” another comedic drama about real life events.

Adams is having a terrific year after the well-reviewed and highly-viewed “Sharp Objects” aired on HBO this summer. The limited series lead role and the “Vice” supporting push could bring her double nominations at the Golden Globes and SAG Awards this year. She is already a two-time Globe winner for “American Hustle” (2013) and “Big Eyes” (2014). She was also part of the film ensemble victory for “American Hustle” with the Screen Actors Guild.

In advance of this official announcement today, we’ve already been offering Adams as a choice in our Oscars 2019 predictions center. She is currently tied in second place to win with 9/2 odds, although that could now improve since there will be no more confusion about her placement. The other strongest contenders as Best Supporting Actress are Regina King (“If Beale Street Could Talk”) at 4/1, Claire Foy (“First Man”) at 9/2, Emma Stone (“The Favourite”) at 13/2, Rachel Weisz (“The Favourite”) at 19/2 and Olivia Colman (“The Favourite”) at 15/1.