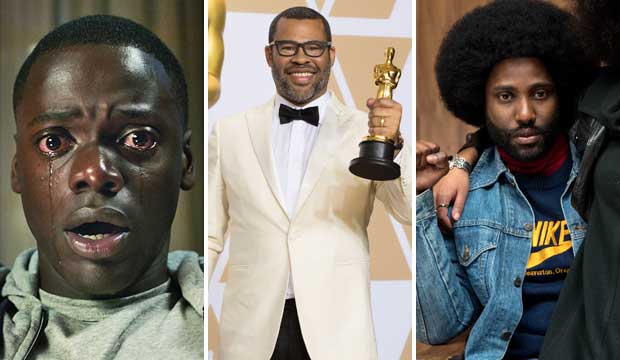 Ben Affleck has an unusual Oscar track record. He’s best known for his work as an actor and director, but he has never actually been nominated in those capacities. Instead, he won Best Original Screenplay for “Good Will Hunting” (1997) and then Best Picture as a producer of “Argo” (2012). But as unique as those Oscar stats are, Jordan Peele could actually repeat that feat since he already has a writing Oscar under his belt and could win a second prize as a producer of “BlacKkKlansman.”

It’s ironic that trailblazing black auteur Spike Lee has never earned an Oscar nomination for Best Director. He only has two nominations to his name: Best Original Screenplay for “Do the Right Thing” (1989) and Best Documentary Feature for “4 Little Girls” (1997). He received an Honorary Oscar for his body of work in 2016, but he has yet to win one competitively. So it’s fitting that last year’s ground-breaker Peele could help Lee to his own triple-crown nominations for writing, directing and producing, and maybe his first competitive win in one or all of those races. And in the process Lee would help his fellow producer Peele win his second Oscar in as many years.

“BlacKkKlansman” is the current Oscar front-runner for Best Adapted Screenplay, so perhaps it will make history twice over, with both Lee and Peele becoming the first black artists to win as both writers and producers.