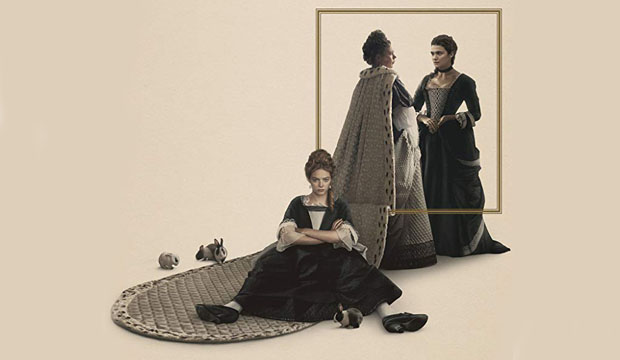 Fox Searchlight has officially crowned Olivia Colman as its queen for “The Favourite.” Speculation has been at a high peak for weeks on how the three actresses from the touted film would be divided up for awards season. The studio confirmed to Gold Derby on Monday that Colman will compete as Best Actress while past Oscar champs Emma Stone and Rachel Weisz will be in the Best Supporting Actress category.

Just a few weeks ago, Colman already took home her first prize of the season — Best Actress at the Venice Film Festival. Since that group does not have a supporting category, it didn’t help pundits on her possible placement for the next round of awards. It certainly put her on the map for strong consideration, however.

In the movie, she plays a sickly Queen Anne in the early 1700s. Weisz plays her “favourite” Lady Sarah, who helps her rule England with an iron fist. In the first act, servant Abigail (Stone) arrives and uses her cunning ways to try and become the “favourite” herself.

An Oscar nomination would be first in Colman’s career. She does have a Golden Globe victory for her TV work on “The Night Manager” in 2017. She has also never had a Screen Actors Guild nomination for individual or ensemble work.

In advance of this official announcement today, we’ve already been offering Colman as a choice in both categories for our Oscars 2019 predictions center. She is currently in fourth place for Best Actress with 11/2 odds, behind Lady Gaga (“A Star Is Born”), Glenn Close (“The Wife”) and Melissa McCarthy (“Can You Ever Forgive Me?”). For Best Supporting Actress, Colman was in sixth place with 16/1 odds, just behind Stone at 7/1 and Weisz at 17/2. In the first three slots are Regina King (“If Beale Street Could Talk”), Claire Foy (“First Man”) and Amy Adams (“Vice”).

Colman is no longer an option for you to choose in the supporting race, so update your predictions today. Be sure to check out how our experts rank this year’s Oscar contenders. Then take a look at the most up-to-date combined odds before you make your own 2019 Oscar predictions. Don’t be afraid to jump in now since you can keep changing your predictions until just before nominations are announced on January 22.