This five-part study details gender inequality at both the Academy Awards and the British equivalent, the BAFTAs. We begin by looking at the overall number of nominations for men and woman at all 89 of the Academy Awards to date as well as those of the BAFTA Awards since 1969 (prior to that, the British academy had a bias to home-grown nominees).

We know that female led films are much scarcer than male ones. That notion is cemented by the fact that only five women have ever been nominated for the Best Director Oscar (including Greta Gerwig this year for “Lady Bird”). Only one of those has won: Kathryn Bigelow for “The Hurt Locker.” 89 years of Oscars, one female Best Director winner.

While that statistic is often mentioned by those campaigning for greater gender-equality at awards ceremonies, that is but one example of the shocking disparity between men and women. To determine the extent of this gender gap, we’ve compiled the complete data of all the nominees and winners excluding the four gender-specific acting categories) from the 89 Academy Award ceremonies. And we’ve examined those who were in contention at the British equivalent, the BAFTAs, from 1969 onwards.

The figures and patterns of the data reveal the history of gender-inequality in Hollywood, its present state, whether or not any improvement has been made as of late and insights into the future.

Figure 1a details the total number of Oscar nominations and wins for both men and women from the 89 awards to date. 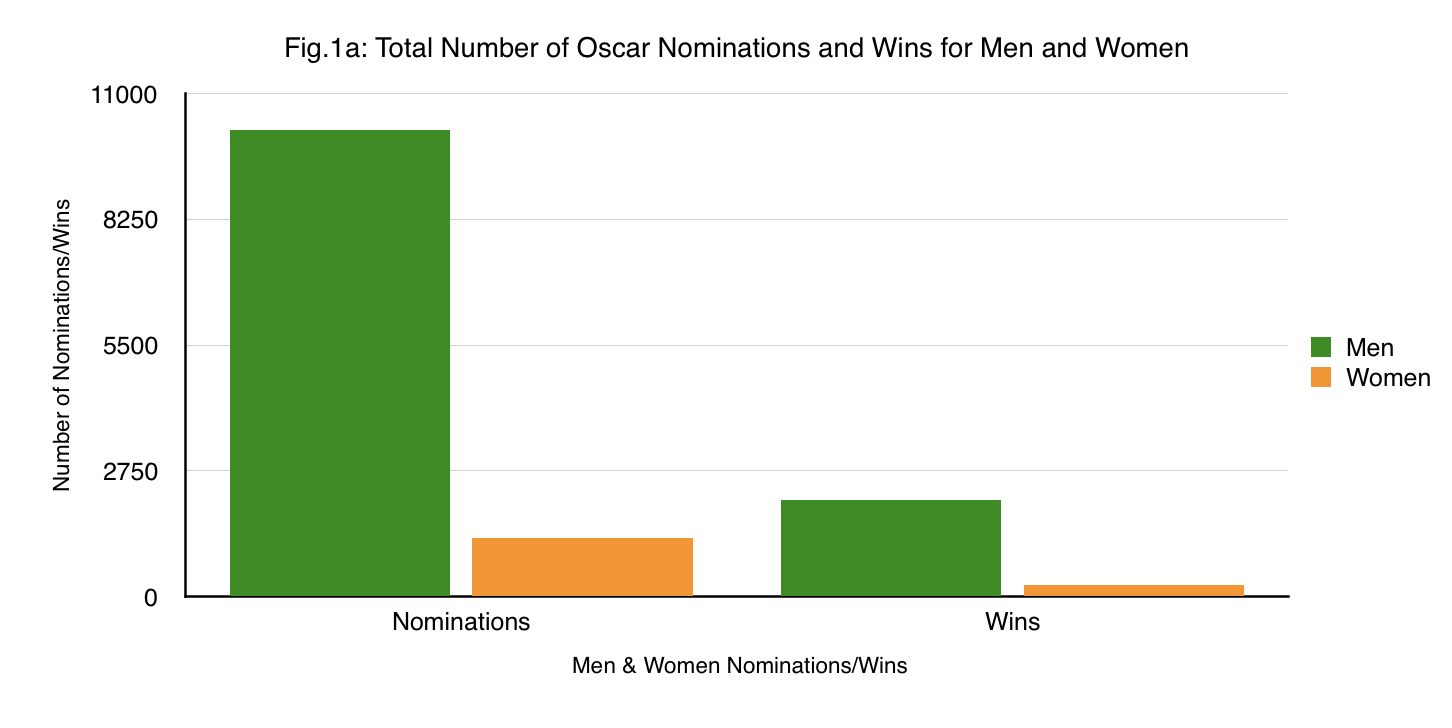 Seven times more men than women have been nominated – 10,210 to 1,280. Of the 11,490 people ever nominated, only 11.1% were female. It’s much the same story for all Oscar winners, also shown in figure 1a: 2,121 male winners to 256 female winners, meaning that only 10.7% of all Oscar winners are female. The societal skew towards men throughout every one of the nine decades of the academy’s history is evidenced by the fact that there have been more male winners than there have been female nominees.

It is much the same pattern across the pond in Britain, the BAFTAs since 1969 (shown below in figure 1b) show a slight improvement on their American counterparts’. 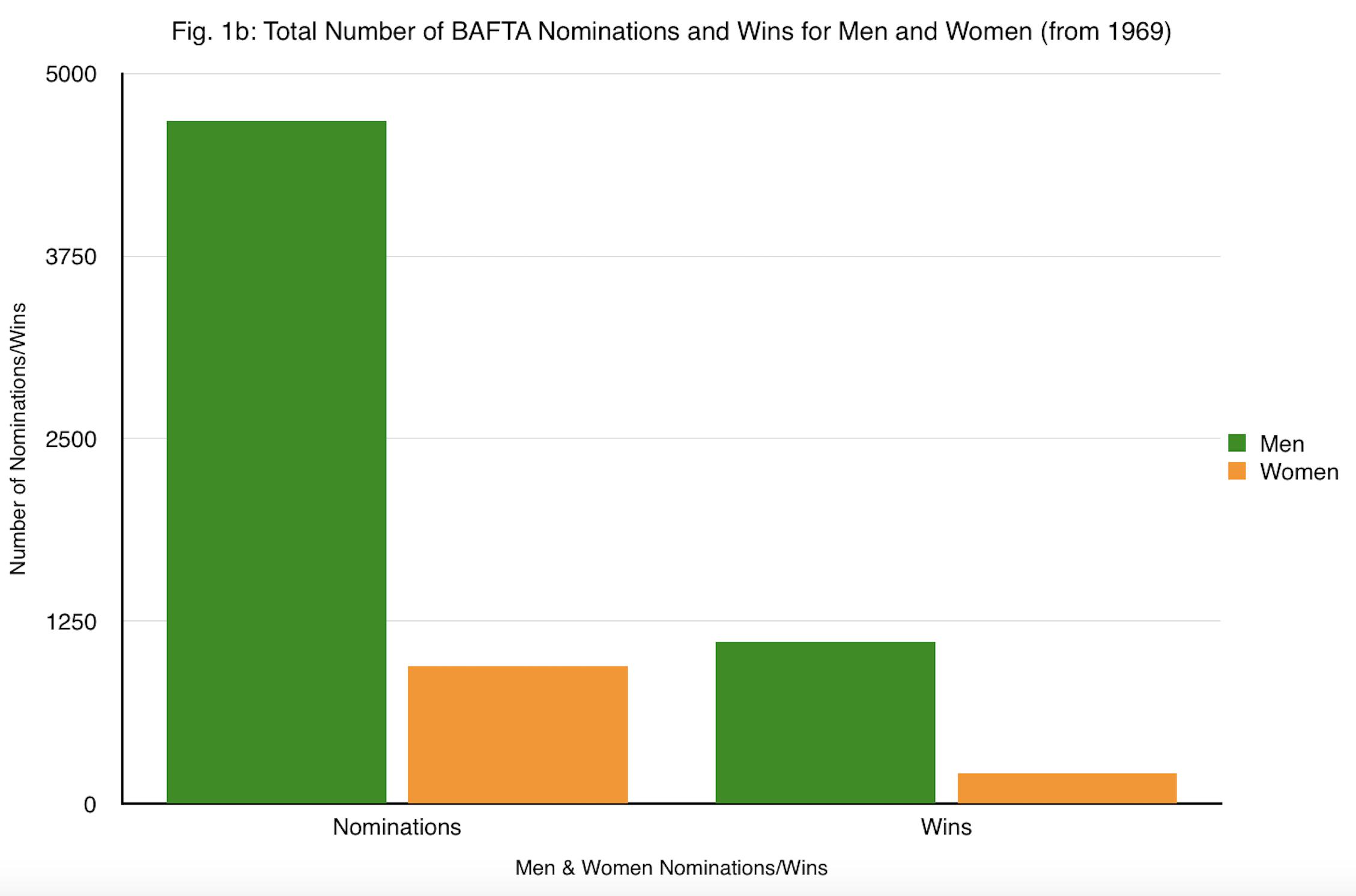 Figure 1b shows a total of 4,675 male nominees and 942 female BAFTA nominees since 1969. That translates into just under five times more males than females. Again, there have been more male winners (1,111) than female nominees (208). From 1969 to 2017, 20.1% of all BAFTA nominees have been female – almost double the percentage of female Oscar nominees. Likewise, 18.7% of all BAFTA winners have been female. That’s an eight percent increase over the comparable results at the Oscars.

As this BAFTA data dates only from 1969, it does not include the more overtly sexist decades of the 30’s, 40’s and 50’s, whereas that of the academy’s does. To take this into consideration and ensure that the two sets of data can be compared as fairly as possible, we’re going to focus on the averages of both awards groups in the upcoming part two of this study.