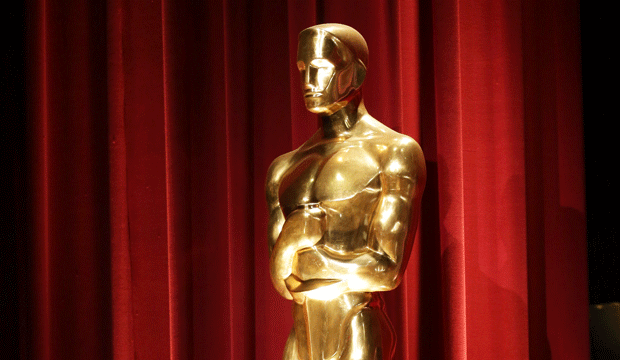 This article marks Part 19 of the Gold Derby series analyzing 84 years of Best Original Song at the Oscars. Join us as we look back at the timeless tunes recognized in this category, the results of each race and the overall rankings of the winners.

The 1989 Oscar nominees in Best Original Song were:

Won and should’ve won: “Under the Sea,” The Little Mermaid”

Howard Ashman is, quite simply, one of the greatest and most influential lyricists of all-time.

Ashman, who initially left an immense impression not on the big screen but on stage from the late-1970s, through the mid-1980s, with colorful, idiosyncratic efforts like “God Bless You, Mr. Rosewater,” “Smile” and Little Shop of Horrors, did not make his presence known in the world of film until just a few mere years prior to his tragic death from AIDS complications in 1991.

But what an impact he did leave in those final years.

After assisting on the soundtrack for Disney’s modest feature “Oliver & Company” (1988), Ashman partnered with the comparably talented Alan Menken to score “The Little Mermaid,” which marked quite a comeback for Walt Disney Pictures, a studio then yearning for a big, fat hit after a lengthy dry spell.

Following their smashing success on “The Little Mermaid,” Ashman and Menken would go on to score “Beauty and the Beast” (1991), the first animated film to garner an Oscar nomination in Best Picture. That film would also triumph for the duo in Best Original Song, though Ashman’s victory was a posthumous one, having died two weeks prior to the ceremony. Ashman’s final nomination would actually come another year later, for his work on “Friend Like Me” from “Aladdin” (1992).

The impact Ashman’s contributions had on the revival of Disney and on future composers cannot be understated. Songs he composed – the likes of “Under the Sea,” “Be Our Guest” and “Beauty and the Beast” – are not only some of the most iconic and popular of the Disney catalogue but among the most beloved film songs ever. We are so blessed to have lived in a world where Ashman made music.

Now, as for 1989 Best Original Song, it’s pretty much a slam dunk for “Under the Sea,” a bouncy, exuberant delight, whole-heartedly worthy of victory. The other “The Little Mermaid” nominee, “Kiss the Girl,” is a nice one too, but hardly leaves the same level of impression – more deserving of that second nomination would have been the splendid ballad “Part of Your World.”

Also nice is “After All,” the agreeably corny Cher-Peter Cetera duet from the underrated Cybill Shepherd-Robert Downey, Jr. dramedy “Chances Are.”

The remaining two nominees are stunningly dull fare, even though “I Love to See You Smile” was composed by Randy Newman and “The Girl Who Used to Be Me” marked another Marvin Hamlisch-Alan Bergman-Marilyn Bergman effort. All of these typically fine artists phoned it in big time here.

Why couldn’t voters have dumped Newman and the old “The Way We Were” (1973) team for a couple of Prince tunes off the kinky “Batman” soundtrack?