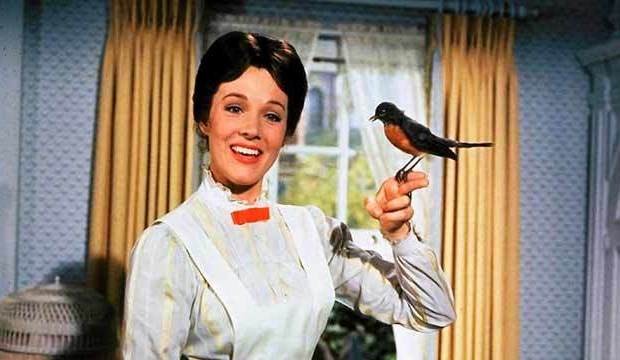 This article marks Part 9 of the Gold Derby series analyzing 84 years of Best Original Song at the Oscars. Join us as we look back at the timeless tunes recognized in this category, the results of each race and the overall rankings of the Academy Awards winners.

The 1964 Oscar nominees in Best Original Song were:

1964 is one of the more aggravating years at the Oscars, that time “My Fair Lady” crushed the brilliant likes of “Becket” and “Dr. Strangelove or: How I Learned to Stop Worrying and Love the Bomb” across the board. Rex Harrison defeated Richard Burton, Peter O’Toole and Peter Sellers, while George Cukor outpaced Peter Glenville and Stanley Kubrick.

The state of Best Original Song this year is not much more uplifting – in fact, it’s perhaps worse, not because the Oscar nominees are bad but because of what was omitted. Somehow, voters managed to ignore both Shirley Bassey‘s incredible theme to “Goldfinger “- arguably the greatest James Bond film theme of all – and every wonderful track from The Beatles‘ “A Hard Day’s Night.” Imagine if this category were instead…

That would’ve been basically the greatest Best Original Song line-up ever. Alas, in spite of “Goldfinger” winning the Best Sound Effects category this year, and “A Hard Day’s Night” garnering recognition in Best Original Screenplay and Best Original Score (losing to “Father Goose” and “My Fair Lady,” respectively), there was inexplicably no love in this particular category.

Instead, what we’re left with is a respectable but unexciting batch of nominees.

“Chim Chim Cher-ee,” performed by the great Dick Van Dyke in Disney’s “Mary Poppins” is a memorable tune, but is it really even among the best songs from the film? “A Spoonful of Sugar,” “I Love to Laugh,” “A Man Has Dreams,” “Let’s Go Fly a Kite” and especially “Supercalifragilisticexpialidocious” are superior.

“Hush…Hush, Sweet Charlotte,” from the marvelous Bette Davis-Olivia de Havilland horror-drama, and “Where Love Has Gone,” from the not-so-marvelous Bette Davis-Susan Hayward melodrama, are capably performed by Al Martino and Jack Jones, respectively, albeit a bit on the mushy side. Soon after the film’s release, Patti Page did a cover of “Hush…Hush” that has a bit more life to it than the Martino original.

The two best of the group are “Dear Heart,” a gorgeous Henry Mancini piece, beautifully delivered by Andy Williams, and “My Kind of Town,” Frank Sinatra‘s memorable ode to the City of Chicago. The Sinatra tune is nicely staged in “Robin and the 7 Hoods” and, over the years, emerged one of his reliable standbys in concert, but the Williams tune is a bit more soulful and has the advantage of being featured in a wonderful, underrated Geraldine Page vehicle.

With that said, “Goldfinger” or “A Hard Day’s Night” should have steamrolled here.