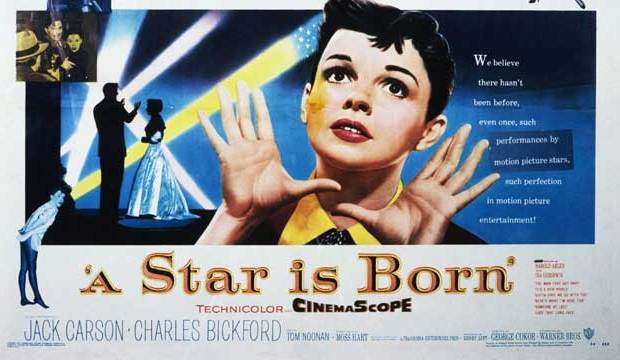 This article marks Part 6 of the Gold Derby series analyzing 84 years of Best Original Song at the Oscars. Join us as we look back at the timeless tunes recognized in this category, the results of each race and the overall rankings of the Academy Awards winners.

The 1954 Oscar nominees in Best Original Song were:

Should’ve won: “The Man That Got Away” from “A Star Is Born”

Sure, the 1954 Oscar ceremony could have gone a lot worse. “On the Waterfront” and leading man Marlon Brando could have, for instance, fallen short to the inferior “Seven Brides for Seven Brothers” and Bing Crosby (“The Country Girl”). Yet, this is still a rather disheartening year, and for one key reason – Judy Garland’s loss in Best Actress for “A Star Is Born.” No disrespect to winner Grace Kelly (“The Country Girl”) but Groucho Marx wasn’t far off when he famously lamented that Garland’s loss was “the biggest robbery since Brink’s,” in reference to the infamous Brink’s Building robbery of 1950.

In fact, “A Star Is Born” failed to score a single victory on any of its six richly deserved nominations on Oscar night, including Best Original Song, where it was contended for the unforgettable “The Man That Got Away.” Garland’s performance is riveting and the music and lyrics by the incomparable Harold Arlen and Ira Gershwin are phenomenal.

With that said, there’s a pretty substantial gap in quality between the Garland tune and the rest.

“Three Coins in the Fountain,” gracefully performed here by Frank Sinatra, with music by Jule Styne, is, much like the film it’s featured in, plenty pleasant and agreeable. In another year, it’d be hard to protest its win but against “The Man That Got Away”? There’s just no comparison. Same with “Count Your Blessings (Instead of Sheep),” a nice, nuanced Bing Crosby tune that’s a fine listen around the holidays but doesn’t exactly pop off the screen in “White Christmas.” “Sisters” from the same picture would’ve been a more deserving nominee.

“Hold My Hand” isn’t anything to write home about – it’s featured in “Susan Slept Here,” an obscure Debbie Reynolds picture, yet isn’t even performed by the great Reynolds and instead plays in the background, performed by Don Cornell. As for “The High and the Mighty,” that picture’s Oscar-winning score, composed by Dimitri Tiomkin, is unimpeachably fantastic. It was so terrific, it managed to drag the film’s inferior original song, performed by Johnny Desmond, to a nomination.

John Debney ('Jingle Jangle: A Christmas Journey' composer) on creating the 'best work that I have ever…

Golden Globes nominee profile: Olivia Colman ('The Father') can extend her winning streak to a fourth…

'The Mandalorian' Golden Globes upset? It would be the first show in 25 years to win Best Drama on its…