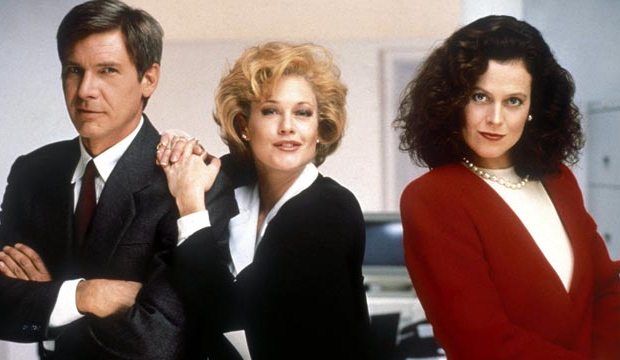 This article marks Part 18 of the Gold Derby series analyzing 84 years of Best Original Song at the Oscars. Join us as we look back at the timeless tunes recognized in this category, the results of each race and the overall rankings of the winners.

The 1985 Oscar nominees in Best Original Song were:

If 1984 is a merely frustrating year of Best Original Song at the Oscars – given the lack of “Purple Rain” love and Stevie Wonder having defeated four marvelous songs with a decidedly inferior track – 1985 is a flat-out aggravating affair, a year featuring not one or two but five ho-hom pieces, all at the expense of at least half a dozen vastly superior contenders that failed to make the cut.

Eligible for consideration in 1985 were, among others: Simple Minds‘ spectacularly iconic “Don’t You (Forget About Me),” from “The Breakfast Club”; Journey‘s “Only the Young” and Madonna‘s dazzling “Crazy for You,” both from “Vision Quest”; Madonna’s “Into the Groove,” from “Desperately Seeking Susan,” arguably among both her finest records and the best songs of the 1980s; Tina Turner‘s “We Don’t Need Another Hero,” from “Mad Max: Beyond Thunderdome”; Duran Duran‘s rollicking theme to “A View to a Kill”; and DeBarge‘s delightful “Rhythm of the Night,” from “The Last Dragon.”

Alas, leave it to voters to overlook all of those fantastic tunes in favor of a supremely unremarkable quintet of nominees.

The most recognized man of 1985 was Lionel Richie, who not only scored two nominations here (winning for “Say You, Say Me” and nominated for co-writing “Miss Celie’s Blues”) but also in 1985 went on to win the Album of the Year Grammy for “Can’t Slow Down.”

While “Miss Celie’s Blues” is a pleasant track, composed by the legendary Quincy Jones and Rod Temperton, it’s tough to get very excited about “Say You, Say Me.” It’s a record emblematic of the worst of 1980s soft rock, a lifeless, generic, clunky piece of elevator music, with the most headache-inducing of production values. At least “Endless Love” had Diana Ross to provide some merit. This is just like molasses to the ears.

Huey Lewis and the News, another iconic 1980s act, also showed up here, with “The Power of Love” from “Back to the Future.” A terrific film, one of the most entertaining pictures of the decade – it certainly deserved more than the four nominations and one win it garnered at the Oscars this year. But “The Power of Love”? This mildly diverting pop-rock could’ve shown up in just about any 1980s comedy.

Beyond Richie and Lewis, this category gets a tad brighter, but just a little bit.

“Surprise, Surprise,” from Richard Attenborough‘s unfortunate film adaptation of “A Chorus Line,” is almost awe-inspiring in the heights of 1980s cheese it manages to reach but it does feature a gangbusters performance by Gregg Burge, an immensely talented dancer who tragically died of a brain tumor at age 40, a little more than a decade following the film.

The best of this year, however, would have to be another Phil Collins-performed record, this time “Separate Lives,” his duet with the lovely Marilyn Martin, from “White Nights.” This isn’t all that remarkable a track but it is a nice, listenable piece of adult contemporary, composed by Stephen Bishop, who did such a charming job performing nominee “It Might Be You” (from “Tootsie”) back in 1982.

The 1986 Oscar nominees in Best Original Song were:

Won and should’ve won: “Take My Breath Away” from “Top Gun”

One of the great movie musicals of the past half-century is Frank Oz‘s “Little Shop of Horrors,” a deliriously entertaining and inventive horror-comedy with knockout leading turns from Rick Moranis and Ellen Greene and a devastatingly terrific score by Alan Menken and the late Howard Ashman.

Like so many stage-to-screen adaptations, Menken and Ashman of course opted to compose a new track, for consideration in Best Original Song. And, as is the unfortunate case with so many of these add-ons, their new piece, “Mean Green Mother from Outer Space,” simply was not up-to-par with the rest of the score, not even close. While “Skid Row (Downtown),” “Somewhere That’s Green” and “Suddenly Seymour” are up there with the very best of showtunes, “Mean Green Mother” is just loud and unpleasant, even with the commanding voice of the Four Tops’ Levi Stubbs.

Even worse in 1986 Best Original Song, however, is “Somewhere Out There,” the inexplicably Grammy winning tune from the Steven Spielberg-produced “An American Tail.” While the picture itself is quite cute, the song is pure nails-on-a-chalkboard, whether performed by the character of Fievel or in the closing credits, by James Ingram and Linda Ronstadt. It has the depth and sophistication of a 99-cent Hallmark card.

Beyond those two nominees, thankfully, 1986 Original Song is actually a halfway decent affair.

In third place would be “Life in a Looking Glass,” which unfairly garnered a Razzie nomination too this year, no doubt on account of being featured in the mushy Blake Edwards dramedy “That’s Life.” While the film was a misfire, its tune is a pleasant one, composed by Edwards’ usual team of Henry Mancini and Leslie Bricusse and performed just splendidly by Tony Bennett. The lyrics are a bit on-the-nose but Mancini’s music is quite beautiful. This in fact marked the final Oscar nomination for Mancini.

“Take My Breath Away,” performed by Berlin and produced by the incomparable Giorgio Moroder, was a richly deserving winner this year. It’s an enormously sexy, atmospheric record that adds quite a bit to its film and has proven a timeless record, in spite of the 1980s production values. Also plenty catchy, however, is Peter Cetera‘s theme to “The Karate Kid Part II,” cheesy soft rock warts and all.

As for the snubbed in 1986, there are two big ones – Orchestral Manoeuvres in the Dark (OMD)‘s “If You Leave,” from “Pretty in Pink” and Madonna’s “Live to Tell,” from “At Close Range.”

The 1987 Oscar nominees in Best Original Song were:

Won and should’ve won: “(I’ve Had) the Time of My Life” from “Dirty Dancing”

“Dirty Dancing” offers one of the most flat-out fantastic soundtracks of the 1980s, most of it adapted, of with legendary tunes like “Be My Baby,” “Stay” and “Love Is Strange.”

As for the picture’s iconic Oscar winning original song, “(I’ve Had) the Time of My Life,” to call it merely infectious would be an understatement. Somehow, this effort, featuring the unlikely pair of The Righteous Brothers’ Bill Medley and Jennifer Warnes (the latter headlining her third and final Oscar winning tune) – both guilty of attaching themselves to their fair shares of dreck over the years – and composed by a trio of songwriting novices (Frankie Previte, John DeNicola and Donald Markowitz), managed to pull off 1980s adult contemporary-pop perfection.

A close runner-up, however, is “Nothing’s Gonna Stop Us Now,” which came along during Grace Slick and Starship (formerly Jefferson Airplane)’s surprise comeback in the mid-1980s. The song, which marked composer Diane Warren‘s first appearance at the Oscars, is also a prime piece of soft rock, reasonably corny without ever being offensively so, and very hard to resist. And Slick sounds fantastic.

There’s a bit of a gap in quality from there but – a rarity in Best Original Song – there isn’t a rotten apple to be found among the nominees.

Bob Seger‘s “Shakedown” is a nice, pulsating piece of pop rock, from the terrific “Beverly Hills Cop II” soundtrack, which also featured some great tunes from George Michael, Jermaine Jackson and the Pointer Sisters. “Cry Freedom” is a sweeping, if exhausting effort from composers George Fenton and South African jazz legend Jonas Gwangwa. It works in fits and starts and has a glorious finish but there are portions that just sit there, lifeless. Finally, “Storybook Love” is a pleasant, simple piece, appropriate for the picture but not all that note-worthy otherwise.

The 1988 Oscar nominees in Best Original Song were:

In two respects, 1988 is a remarkable year of Best Original Song at the Oscars – one, as an all-around outstanding line-up of nominees, and second, as a bit of curiosity, as voters mysteriously opted on this occasion to recognize just three songs.

Only twice before in Oscar history had this occurred – in the first two years of Best Original Song, 1934 and 1935. What’s especially puzzling is there was no shortage of other efforts to recognize here – for instance, The Beach Boys‘ 1980s comeback with “Kokomo” (from “Cocktail”) and the entire “Oliver & Company” soundtrack.

Regardless of what voters were curiously thinking in that regard, they did recognize three terrific tunes here and, while a slimmer selection, they’re among the most satisfying sets of nominees I’ve encountered thus far in Original Song.

Carly Simon‘s irresistible “Let the River Run” is for sure among her strongest work, an immensely catchy piece of adult contemporary-pop that especially soars once the chorus kicks in. That it’s featured in the fabulous “Working Girl” certainly doesn’t hurt.

To a lesser extent, Phil Collins‘ “Two Hearts,” from his misfire film debut “Buster,” is also quite good. It’s a peppy, if somewhat fleeting record that, while hardly on-par with something like “Against All Odds,” is much more enjoyable than say, “Up Where We Belong” and “I Just Called to Say I Love You.”

The discovery of 1988 is “Calling You,” a truly glorious piece of music by composer Bob Telson, performed so stunningly here by the great gospel singer Jevetta Steele. It’s a song tailored to the most gifted of vocalists, so it shouldn’t surprise that the likes of Celine Dion, Barbra Streisand and Jeff Buckley went on to cover it.