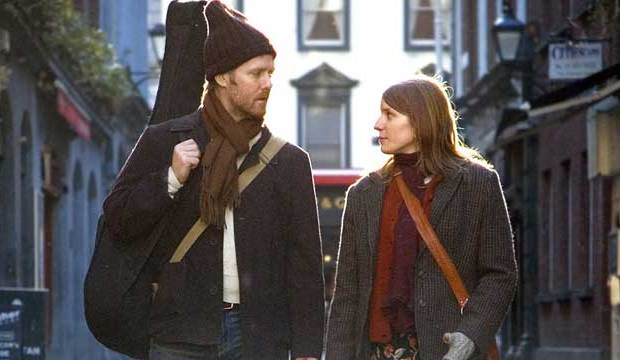 This article marks Part 24 of the Gold Derby series analyzing 84 years of Best Original Song at the Oscars. Join us as we look back at the timeless tunes recognized in this category, the results of each race and the overall rankings of the winners.

The 2005 Oscar nominees in Best Original Song were:

Should’ve won: “Travelin’ Thru” from “Transamerica”

Let’s first get two things out of the way in 2005 Best Original Song – one, “In the Deep” is as dreary and heavy-handed as the picture it’s featured in and two, the sublime “A Love That Will Never Grow Old” from “Brokeback Mountain” should have had this prize in the bag. That it wasn’t even nominated is a travesty

With that said, 2005 Best Original Song is more an amusing curiosity than anything. It’s among that small handful of oddball years in which voters opted for fewer than five nominees, a result of the category’s idiosyncratic points system in voting. It’s also the year that managed to pit hip-hop group Three 6 Mafia against country superstar Dolly Parton. With the “Brokeback Mountain” song inexplicably on the sidelines, this race seemed like a virtual jump ball heading into Oscar night.

“It’s Hard Out Here for a Pimp” isn’t a bad winner and it’s featured in a strong picture to boot, unlike the other two nominees. There is, however, a certain cheesiness to the record that certainly wasn’t present in, for instance, “Lose Yourself” from “8 Mile” (2002).

Parton’s “Travelin’ Thru” isn’t an extraordinary piece either, nor should it be included in the top tier of her gigantic discography, but it is nonetheless a very nice toe-tapper, fitting for the film and come on – she is so overdue for an Oscar, having first deserved to triumph 25 years prior to this with “9 to 5” (1980).

Come back to the big screen, Dolly!

The 2006 Oscar nominees in Best Original Song were:

Won and should’ve won: “I Need to Wake Up” from “An Inconvenient Truth”

“Dreamgirls” is one of the finest American musicals of the past half-century, a rich, often exhilarating look back at a time when producers and their dazzling performers would crank out one two-a-half-minute mega hit after another, many of which proved timeless and still garner plenty airplay to this day.

Bill Condon‘s adaptation of “Dreamgirls” came with sky-high expectations – heights the picture ultimately didn’t quite meet. That isn’t to say the film isn’t without its great pleasures, including Jennifer Hudson’s dazzling, Oscar winning turn. But it doesn’t quite capture the magic of the stage production. The new tracks written for the film, all by Henry Krieger, don’t resonate nearly as strongly as “I Am Changing,” “One Night Only” or, of course, “And I Am Telling You.”

While voters didn’t go too head over heels for the film, ignoring Condon and looking past the production in Best Picture, “Dreamgirls” did manage a hefty three nominations in Best Original Song.

The best of the three tunes, “Love You I Do,” is a modestly enjoyable number, performed by the buoyant Hudson. While it’s hardly an A-grade song, it does at least ring of some middle-of-the-road Motown numbers, almost a filler Supremes or Martha and the Vandellas track. The bland “Listen,” on the other hand, doesn’t sound 1960s in the slightest, rather a run-of-the-mill ballad that could’ve surfaced on any Beyonce album. “Patience,” a nod to the great Donny Hathaway, is listenable but wholly forgettable.

Beyond “Dreamgirls,” this year boasted yet another Randy Newman nomination, this time for “Our Town.” Performed by the terrific James Taylor, it’s not half-bad – another example of a Newman-composed tune lifted by not having Newman perform it himself – but voters actually got it right this year. Even if the song is a tad too on-the-nose, Melissa Etheridge‘s “I Need to Wake Up” packs a punch. Is it on-par with something like “Come to My Window”? Not quite. But it’s still a nice, above-average piece of adult contemporary-rock.

The 2007 Oscar nominees in Best Original Song were:

Won: “Falling Slowly” from “Once”

Should’ve won: “Raise It Up” from “August Rush”

Even if “August Rush” is unbearably sticky-sweet, “Raise it Up” is an immensely pleasant surprise, a truly soaring and affecting gospel piece, performed by Jamia Simone Nash and the Harlem-based Impact Repertory Theatre. It’s a wonder voters recognized it, given both its lack of precursor attention in that awards season and the middling notices for the film.

“Raise It Up” gets an ever-so-slight edge over the winner here, the lovely “Falling Slowly.” Performed and composed by Glen Hansard and Markéta Irglová, it packs a subtle, bittersweet punch.

“Falling Slowly” is also superior to the remaining three nominees, all from Disney’s ginormously successful “Enchanted,” a picture Amy Adams surely deserved an Oscar nomination for. Adams is an absolute delight to listen to on “Happy Working Song” and “That’s How You Know” but composers Alan Menken and Stephen Schwartz aren’t operating at quite the same sky-high level as the picture’s leading lady here. She breathes tremendous life into the songs but there’s not a whole lot of magic there beyond her energy. The third nominee, “So Close,” isn’t performed by Adams (but rather Jon McLaughlin) and is a real snooze.

Too bad voters didn’t have the imagination this year to recognize any of the many uproarious original songs from “Walk Hard: The Dewey Cox Story.”

The 2008 Oscar nominees in Best Original Song were:

Should’ve won: “Down to Earth” from “WALL-E”

Welcome to 2008, yet another funky three-nominee year in Best Original Song. What makes 2008 a particular head-scratcher is there were certainly more than a mere three tunes worthy of recognition. The true best original song of the year – Bruce Springsteen‘s “The Wrestler” (from the Mickey Rourke picture) – inexplicably wasn’t even nominated, despite taking home the Golden Globe.

Instead of awarding The Boss, voters utilized Best Original Song to shower even more love on Danny Boyle‘s “Slumdog Millionaire,” which came out of nowhere in 2008 to all but sweep the year’s Oscars.

The winner in Best Original Song, A.R. Rahman‘s “Jai Ho,” is very much emblematic of the picture’s strength, a piece full of buoyant energy. Rahman’s orchestrations are pretty remarkable but the production overall becomes exhausting at a certain point. The other Slumdog song, “O…Saya,” doesn’t quite have that same enthusiasm but also is a little more nuanced.

The 2009 Oscar nominees in Best Original Song were:

Won and should’ve won: “The Weary Kind” from “Crazy Heart”

Here is a case where voters got it right – “The Weary Kind,” composed by Ryan Bingham and T-Bone Burnett, is a nice, moody piece and certainly one of its more memorable parts of “Crazy Heart.” But is it even close to among the finest winners in the category? Not in the slightest – it’s simply the least bland of an underwhelming bunch.

“The Princess and the Frog” is mildly diverting, mostly on the basis of some of the vocal work (Keith David can do no wrong), but while Anika Noni Rose couldn’t be more charming on nominees “Almost There” and “Down in New Orleans,” these Randy Newman-composed tracks simply aren’t all that interesting or exciting. “Loin de Paname” is also pretty unremarkable stuff.

At least those three a tad more agreeable than “Take It All,” one of the original tunes composed for Rob Marshall‘s embarrassing film adaptation of the Broadway musical “Nine.” While performer Marion Cotillard is actually one of the picture’s more tolerable players, she’s so poorly directed in this scene and the tune is a complete dud.

Overlooked? Karen O. and Carter Burwell’s “All Is Love” from “Where the Wild Things Are.”

SEE With ‘The Little Mermaid,’ Disney begins its domination in Best Original Song

SEE: Best Original Songs of the early 1990s, including ‘Beauty and the Beast,’ ‘A Whole New World’

SEE Best Original Songs of the mid-to-late 1990s, including ‘Colors of the Wind,’ ‘My Heart Will Go On’

SEE Best Original Songs of the early 2000s, including ‘Lose Yourself,’ ‘Into the West’

‘The United States vs. Billie Holiday’ costume designer Paolo Nieddu could ‘run through the rainbow’ for music biopic

Will Colin Firth (‘Supernova’) make an Oscars comeback a decade after his ‘King’s Speech’ coronation?