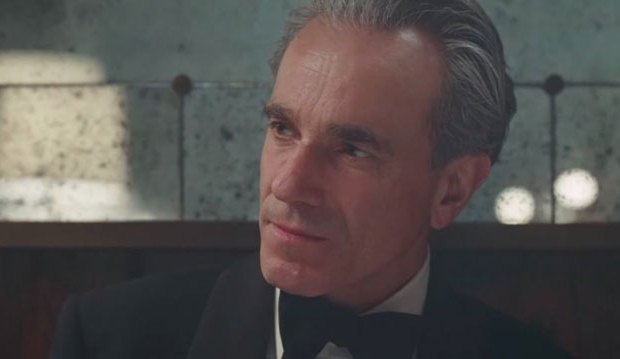 “Phantom Thread”’s over-performance with six Oscar nominations was one of the biggest surprises during Tuesday’s announcement. But maybe we should’ve seen its major nominations for Best Picture, Best Director (Paul Thomas Anderson) and Best Supporting Actress (Lesley Manville) coming because it has an Oscar good luck charm: Daniel Day-Lewis.

Day-Lewis boasts one of the best Oscar track records, with a record three Best Actor wins from his previous five nominations from a comparatively scant resume of 20 films. He received his sixth nomination as expected for “Phantom Thread,” and now for all six of his bids, his films and directors earned nominations as well. The previous five are: 1989’s “My Left Foot” and Jim Sheridan; 1993’s “In the Name of the Father” and Sheridan; 2002’s “Gangs of New York” and Martin Scorsese; 2007’s “There Will Be Blood” and Anderson; and 2012’s “Lincoln” and Steven Spielberg. None of them won.

For four of Day-Lewis’ six nominations, a supporting actress was nominated with him. Besides Manville, they are Brenda Fricker (“My Left Foot”), who won, Emma Thompson (“In the Name of the Father”) and Sally Field (“Lincoln”). There were no true supporting actress contenders in “There Will Be Blood,” while Day-Lewis’ “Gangs of New York” co-star Cameron Diaz was snubbed after getting a Golden Globe nomination.

Day-Lewis nearly made it six-for-six in writing too. For five of his six nominations, his films’ screenplays also got shortlisted. All of them vied in adapted except for original script “Gangs of New York”; none won. Given the academy’s love for “Phantom Thread” and the fact that Anderson has four previous writing nominations, you’d have to think it just missed the stacked Best Original Screenplay race. Had “Phantom Thread” been adapted, with the way everything shook out, it almost certainly would’ve made that atypically weak field, where four of the five nominees aren’t up for Best Picture.

Moral of the story: If you want an Oscar nomination, convince Daniel Day-Lewis to come out of retirement.